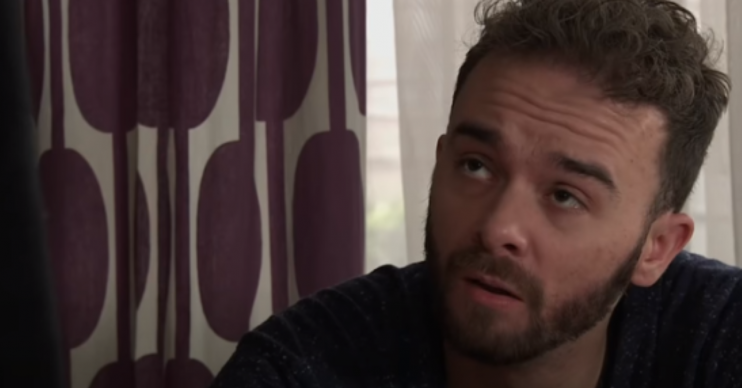 Soap fans beg for at least one episode of EastEnders, Coronation Street or Emmerdale to be moved to Thursday

The soaps are now on a reduced schedule

Soap fans have begged for at least one episode of Emmerdale, Coronation Street or EastEnders to be moved to a Thursday.

Due to the coronavirus pandemic, soaps have stopped filming and episodes have been cut.

With the new schedule changes, none of the soaps are airing at all on Thursdays.

But viewers have begged for at least one soap episode to be moved to a Thursday to fill in the gap.

Enders should be Tuesday and Thursday!

What are the current soap schedules?

EastEnders airs on Mondays at 8pm and Tuesdays at 7.30pm.

Both EastEnders and Emmerdale traditionally aired on a Tuesday and Thursday, before they added extra episodes, so should one of them move?

What is happening in the soaps next week?

Despite the reduced schedule, there’s still plenty to look forward to.

Please can we move one of the soaps, just one, to Thursday so that all days are catered for?

In next week’s Emmerdale, Sam and Lydia get married, but the bride goes missing on the morning of the wedding…

Meanwhile Mandy gets a shock visitor from her past – it’s Vinny’s dad Paul.

Elsewhere, after returning home, Dan insists he can look after himself. But when he tries to cook a meal, it goes wrong when he has an accident.

He’s left crying out in pain. Will someone find him and come to his aid?

In next week’s Coronation Street, Asha confides in her best friend Amy that she flashed ex-boyfriend Corey on a video call.

During the commotion at Amy’s party, Asha’s revealing pictures get sent to the party group chat.

When she gets home, she realises her pictures have gone viral.

Meanwhile, Steve rushes Oliver to A&E after his fitting episode. Soon a panicked Leanne arrives and lashes out at Steve for leaving the tot with Summer.

Will Oliver be okay?

In EastEnders, Vinny throws a houseparty and things soon get out of hand.

Vinny gets into a fight with a lad named Hari who insults Iqra and Ash. When the police show up, a brick is launched through the window of the police car.

Keegan is arrested after getting caught up in the commotion. But when he returns, Tiffany has a bombshell of her own…

Would you like to see a soap episode moved to Thursdays? Leave us a comment on our Facebook page @EntertainmentDailyFix and let us know what you think!