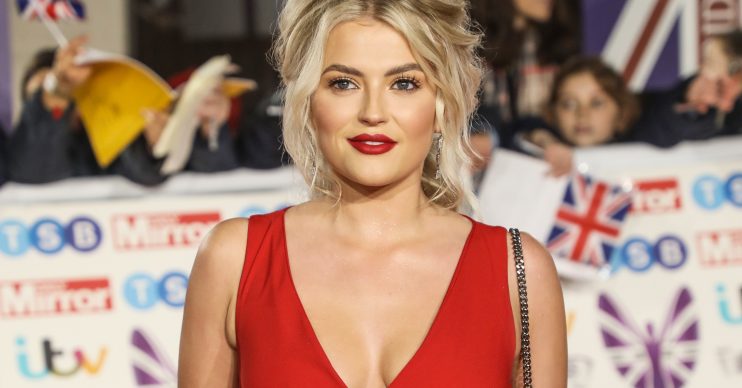 The Bethany Platt actress left the soap earlier this year

The Bethany Platt actress showed off the results of her peach toners on Instagram.

Captioning the stunning snaps with a peach emoji, she thanked her hairdresser for the new colour.

“What a fun side of life I’ve just entered,” Lucy wrote.

🍑 x swipe to end for surprise x Thank u @hairbyclareashton for my peach toners! What a fun side of life I’ve just entered x

Her former co-stars commented on the new look.

Katie McGlynn (Sinead Osbourne), wrote: “Love it gal,” followed by a heart-eyed and a peach emoji.

The hairdresser who made the toner for Lucy, Clare Ashton, seemed to think this isn’t where the hair transformations will stop! She said: “Love it. This is where it begins! What’s next?”

It’s not the first time since her Corrie exit that Lucy has taken advantage of being able to change her hair.

When filming a long-time soap role, it’s often not easy to make hair transformations because of continuity. One of the first things she did post-Corrie was have extensions put in after sporting shoulder length hair on screen.

Lucy left Corrie in February after an emotional goodbye with her on-screen family.

Bethany realised life in Weatherfield was holding her back and she needed to move on from her love for grieving widower Daniel Osbourne.

She departed the cobbles for a magazine internship in London.

When she announced her exit actress Lucy later revealed she would be back before too long.

“When I leave I’ll have been there for five years and I’ve never done anything else, so I just want to try new things and do new things,” Lucy added.

Earlier this week her former co-star Colson Smith responded to being cut out of a tribute Lucy had posted.

In the Instagram gallery, Lucy said she was missing her friends and family, and included a picture of some of her Corrie friends.

But Colson wasn’t there and he joked: “Didn’t make the cut. Ouch. It’s only been a few months.”