There's romance in the village air

Emmerdale lovebirds Sam and Lydia tie the knot next week, while Mandy gets a shock reminder of her past when an unwelcome newcomer arrives in the village…

Mandy’s blast from the past 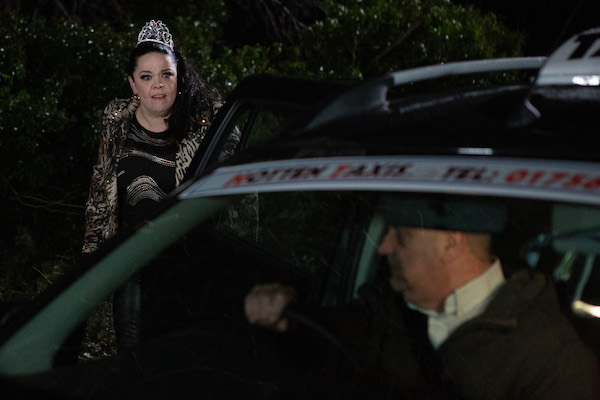 It’s Lydia’s hen night in next week’s Emmerdale, but her hopes for a sophisticated bash are dashed by Mandy.

Things go very wrong when they’re left stranded on a country road by their taxi driver. 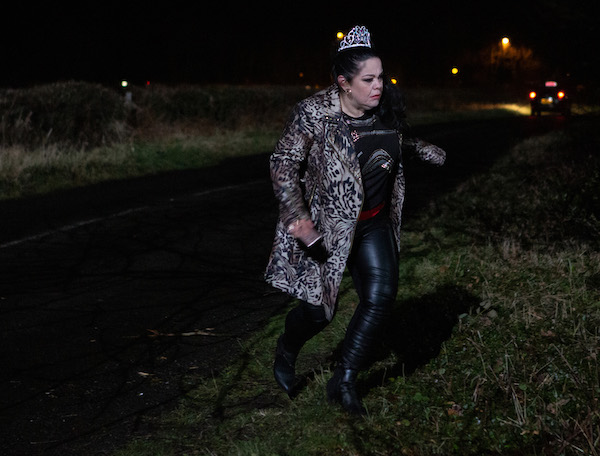 In the commotion as Mandy argues with the taxi driver, she then can’t find Lydia.

As she searches for the bride-to-be Mandy loses her footing and tumbles into the undergrowth. 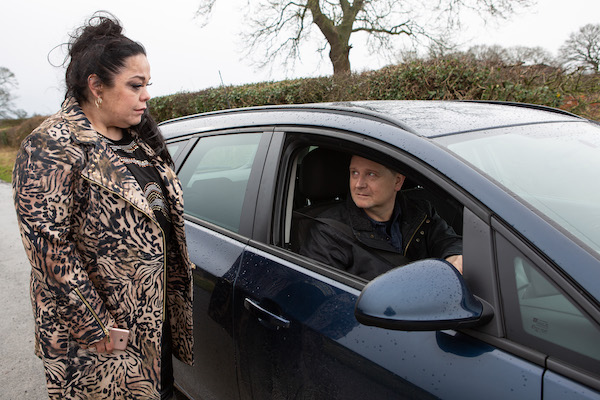 When Mandy finally emerges she flags down a passing car.

But she’s shocked to see Vinny’s dad, Paul, behind the wheel. 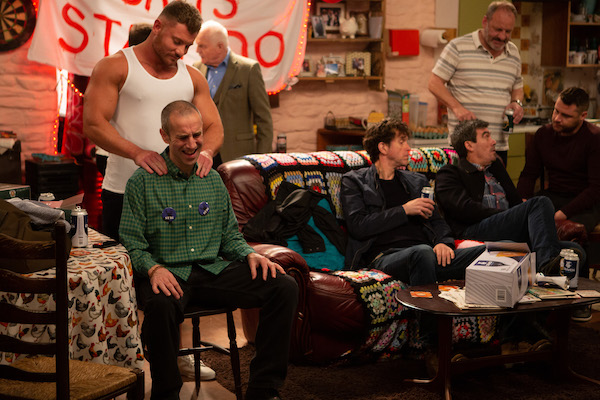 Sam’s stag do takes an odd turn when the hunky masseur meant for the hen party arrives.

Sam doesn’t seem to impressed with his stag party entertainment!

Lydia and Sam tie the knot 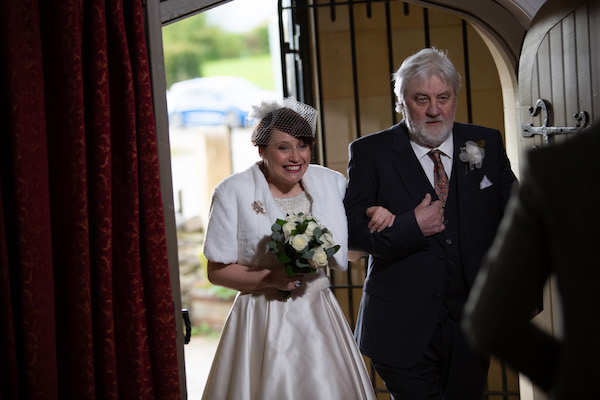 Everyone panics when no one has seen Lydia on the morning of her wedding.

But thankfully she turns up just in time.

Sam’s breath is taken away when he sees Lydia walking down the aisle.

And the pair are delighted that their wedding is finally happening. 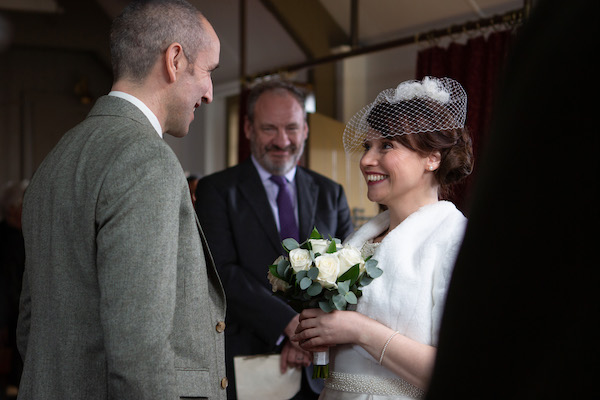 The couple tie the knot in a romantic ceremony, and everyone cheers as they exchange their vows. 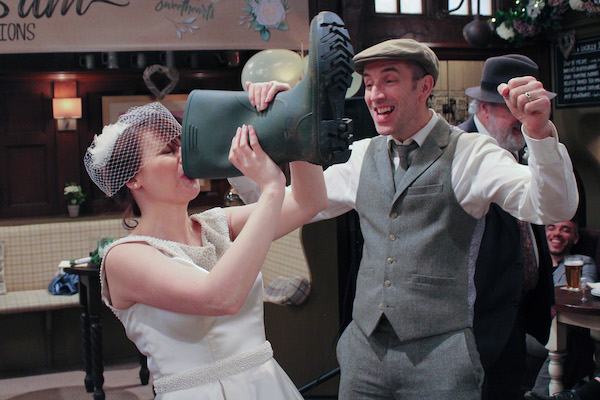 At the reception the deal is sealed when Lydia and Vinny officially become Dingles after drinking from The Welly. 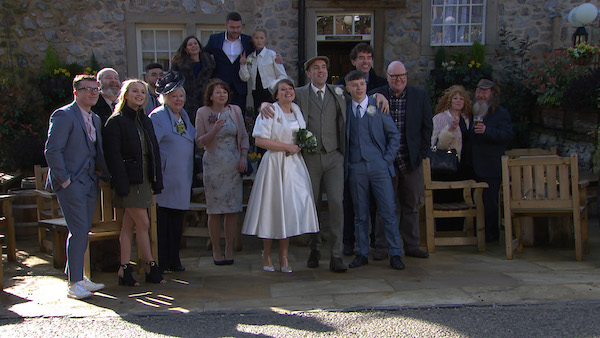 Vinny is thrilled to be included in the family picture, but little does he know his dad is lurking in the village. 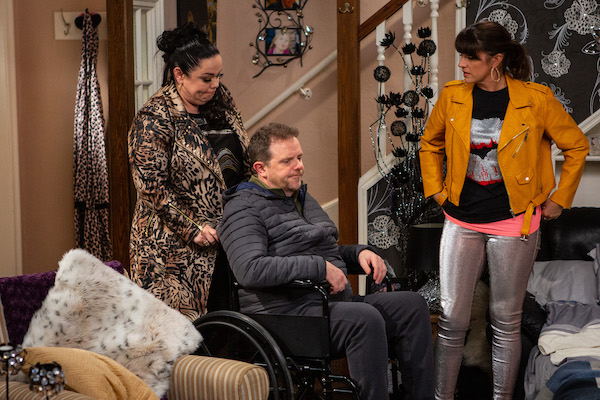 Dan insists that he can look after himself, but when he tries to make a basic meal he feels daunted.

Dan’s attempts to cook end in disaster when he has an accident in the kitchen that leaves him crying out in pain. 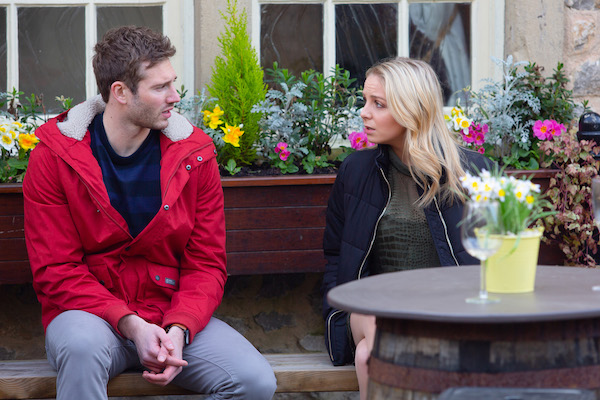 Jamie leaves Belle stunned when he says he’s going to leave Andrea for her.

Belle’s terrified, but ends up reciprocating his feelings – but will Jamie go through with it?