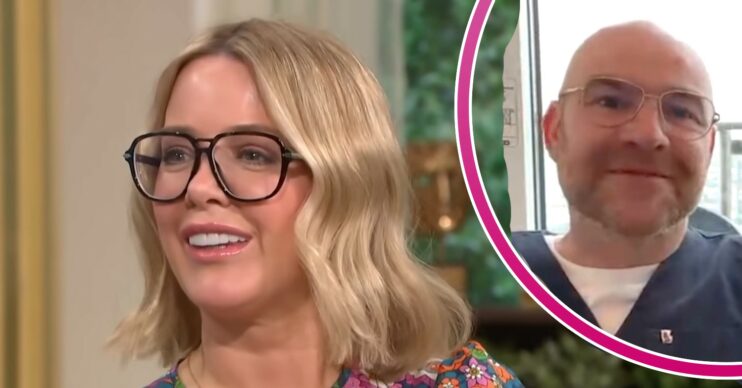 Sally, who plays Abi Webster in the soap married Joe earlier this month.

Has Sally Carman changed her name?

Following her nuptials in July, the actress now goes by Sally Carman-Duttine on the social media site.

It’s the second name change Sally will need to get her head around after her character married Kevin Webster last year.

When did Sally and Joe get married?

Sally revealed on July 15 she and Joe, who plays Tim Metcalfe in Corrie, had tied the knot.

She shared a photo of herself and Joe kissing in a circle of balloons on her Instagram, captioning the snap: “We did.”

Their co-stars congratulated them on their wedding.

Tanisha Gorey, who plays Asha Alahan, wrote: “Brb just crying! You are the most gorgeous bride!”

It came as quite the surprise to fans after Sally had initially revealed they were planning a winter wedding.

Originally their big day had been booked for December 2021, but after the pandemic hit, they decided to wait until all restrictions were taken away so they could throw a huge party.

But Sally had still teased the wedding would take place at Christmas, which is her favourite time of year.

Sally kept fans updated following the big day with snaps from her and Joe’s honeymoon.

During their time in Italy, they met up with another Coronation Street real-life couple Lee Boardman and Jennifer James, who played Jez Quigley and Geena Gregory in the soap.

She has been living with son Alfie under the care of Wendy Papadopolous while the courts assess whether she’s really ready to care for her son after her drug addiction and the circumstances under which he was born.

But Wendy has said she’s ready to go home.

Meanwhile, the pressure of her return has been getting to Kev.

He smashed up Stephen Reid’s car in a fit of rage when it became too much and was arrested.

Tonight (Friday July 29) the police turn up at his door, but what news do they have?

Is Abi’s homecoming about to be ruined by her husband’s violent mistake?