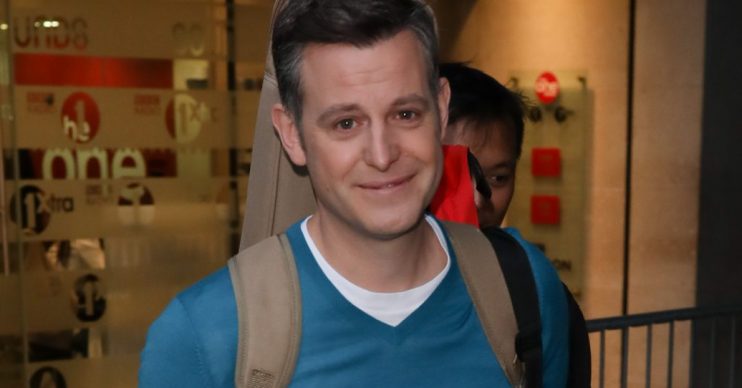 Matt Baker fears he may have contracted coronavirus

The One Show’s Alex Jones has said her co-star Matt Baker is “really not very well” after being struck down with coronavirus symptoms.

Matt, 42, had appeared on The One Show from his own home earlier this week after following the government’s advice to go into self-isolation.

The telly presenter even managed to record some voiceovers for Countryfile in a makeshift booth in his lounge. But it now seems Matt has taken a turn for the worst.

Last night, 43-year-old Alex gave viewers an update on Matt’s condition after chatting to him on the phone.

She said: “I spoke to Matt Baker a bit earlier.

“He felt super groggy, really tired. We don’t know of course if he’s got coronavirus, but [he’s] really not very well.”

Actress Kym Marsh had been due to stand in and host The One Show with Alex on Friday night, however she too ended up in self-isolation after developing some coronavirus symptoms.

Strictly Come Dancing star and comedian Chris Ramsay instead joined her on the sofa – but from a safe two metres sway.

The stars explained that they too were practising social distancing, as advised by the government for all people in the UK.

Opening the show, Alex admitted: “This has been a very strange and challenging week for everyone around the country, including us.”

A whole host of celebrities and television shows have been affected by the coronavirus pandemic.

While Britain’s favourite soaps – including Emmerdale, Coronation Street and Hollyoaks – have dramatically scaled back on filming, other famous faces are also in self isolation.

Good Morning Britain’s Susanna Reid is home for 14 days after her son developed a cough, while Dancing On Ice’s Matt Evers fears he has caught COVID-19.

Ulrika Jonsson has today spoken of her fears for her daughter Bo, 20, who has returned from university to self isolate.

The student has a heart condition and a suppressed immune system, which makes her vulnerable to severe complications if she were to catch coronavirus.

Meanwhile, Boris Johnson has now taken even more extreme measures of closing all pubs, clubs, restaurants and even gyms as the country fights back against the deadly bug.

Alex Jones Coronavirus The One Show