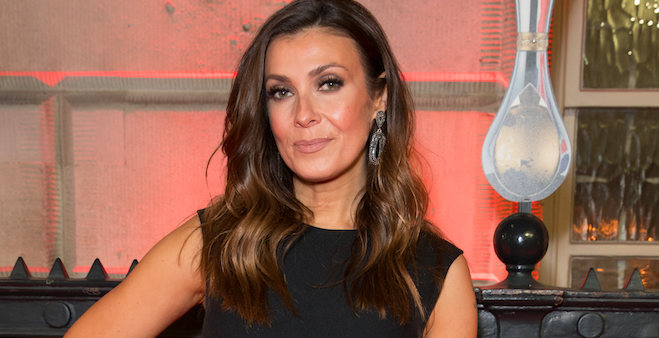 The former Coronation Street star has got the symptoms

Kym Marsh has been forced to pull out of presenting The One Show over fears she has coronavirus.

The former Coronation Street actress, 43, was due to co-host the BBC chat show on Friday (March 20), but is now self-isolating at home after coming down with symptoms of COVID-19.

Read more: Death in Paradise fans stunned as Ruby actress Shyko Amos looks so different on The One Show

Kym was set to stand-in for Matt Baker, who has been forced to stay at home and self-isolate after coming down with the symptoms himself this week.

I was supposed to co-host The One Show, but it would have been very irresponsible of me to travel there.

Actress and singer Kym made the difficult decision to stay at home, admitting it would be “irresponsible” for her to travel to the studio.

She told OK! magazine: “I’ve had to cancel some work. I was supposed to co-host The One Show, but it would have been very irresponsible of me to travel there even if I had been feeling well enough.”

Earlier this week, Kym had told fans she’d been asked to present the show with Alex Jones.

She said: “I’m co-hosting The One Show with Alex Jones on 20 March.

Alex was forced to present The One Show alone on Monday night after Matt called in sick.

Later in the week, Patrick Kielty joined Alex on the famous green sofa – but the pair were asked to sit further apart by concerned viewers.

Earlier this month, Kym – who played Michelle Connor in Coronation Street for 13 years – spoke out about her difficult time since leaving the soap.

The actress revealed she has been spending time with her youngest child Polly.

Speaking in her column in OK! Magazine she said: “This week has been Mummy and Polly week.

“I have to admit I’ve found the process of leaving Coronation Street and having so much more time to myself really difficult, I almost feel bad when I’m not working, even though I shouldn’t.”

However the soap star opened up about how amazing it has been to spend more time with her family.

She added: “But it’s been amazing to be able to spend more quality time with Polly, even if that’s just on the school run or out shopping.

“Mind you, she only came shopping with me this week after I bribed her away from YouTube with ice cream.”

Who is your favourite The One Show host? Leave us a comment on our Facebook page @EntertainmentDailyFix and let us know what you think!

BBC One Coronavirus Kym Marsh The One Show