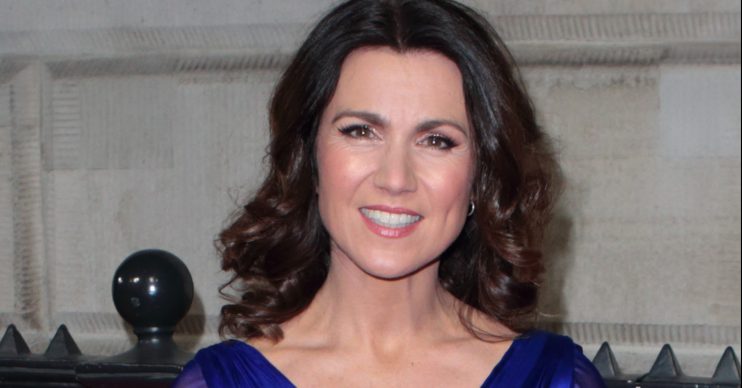 Where is Susanna Reid? The Good Morning Britain star is not co-hosting with Piers Morgan today

The ITV presenter is self-isolating

Good Morning Britain fans have been wondering where Susanna Reid is today.

Wednesday (March 18) became the second consecutive day that she missed the show, leaving viewers concerned amid the coronavirus outbreak as first Charlotte Hawkins replaced her yesterday and Ranvir Singh covered her today.

Fortunately, her  Good Morning Britain co-host Piers Morgan was able to clear up the confusion and explained where Susanna is.

“Susanna is not with us,” he said on the show yesterday. “She is self-isolating for the next 14 days not because she’s sick, she’s not sick, but someone in her household is sick.

“It’s an interesting situation because literally within hours of Prime Minister Boris Johnson announcing these he has put it draconian drastic new measures which involve compulsory isolation for anyone in the household if somebody in that house shows any symptoms, then the whole house has to effectively go into lockdown.”

Joking, he added: “I’ve heard some way of avoiding working with me but this is ridiculous!”

Susanna isn’t with us today, she’s self-isolating for the next 14 days due to symptoms in her family – not because of Piers.@susannareid100 | @piersmorgan | #GMB pic.twitter.com/MMlwRbaWkw

Susanna then appeared on screen via a video link to explain what has been going on.

“One of my boys, one of my children has a cough, a persistent cough and that happened yesterday (Monday),” she said.

“Before the brief, the advice had been that he person themselves would be confined to the house for seven days and everyone else in the house could go about their business as long as they kept their distance.

“Well, suddenly with these new drastic action measures, that changed yesterday afternoon, and it means that even if one member of your household has a persistent cough or fever, you all have to go into self-isolation for 14 days. So immediately I thought, I can’t go into work with you guys for 14 days.”

Susanna then went on to admit that she is in a privilege position, acknowledging that while she might be taking time off of work, she will receive sick pay, however, others are not to fortunate,

“There are people who are self-employed who will face this decision and there are also people who will not be paid sick pay because they’re on a on zero hours contract, so I can appreciate that I’m in a very privileged position compared to a lot of other people facing the same dilemma,” she added.

Chief Secretary to the Treasury Steve Barclay is expected to be appear on Good Morning Britain today to address the coronavirus outbreak.