Ulrika Jonsson fears for her daughter Bo as the coronavirus pandemic sweeps the UK.

Ulrika, 52, has four children but Bo, 20, has gone into self-isolation due to a heart condition and suppressed immune system.

The student has moved back home from university in Bath in a bid to protect herself from the deadly disease, and Ulrika has admitted she has never felt "more anxious" than she does right now.

I know everything is relative and there are people worse off but this is our reality. For this one with a compromised immune system and underlying health (cardiac) condition - shit has just got real. And I don’t know what the road ahead holds; don’t know how to stop her going insane; keep her protected and entertained. And not even feeling secure in my own state of mind enough to know how to lead the way and keep everyone smiling. #corona

Read more: Coronavirus: Boris Johnson has closed all pubs - where else is shut amid the pandemic?

Writing for The Sun, Ulrika said: "I don’t think I've felt so anxious in all my 52 years.

"I mistakenly thought the word 'pandemic' belonged firmly in the history books and can't properly get my head around the prospect of so much death, a global economy in meltdown...  and no dried pasta on supermarket shelves.

"As someone who suffers from anxiety but until last week was doing really rather well, I now feel like I am free-falling into an abyss of bewilderment, angst and despair."

I don't think I’ve felt so anxious in all my 52 years.

Because of Bo's health conditions, she is classed as 'vulnerable' by the government. Prime Minister Boris Johnson and his team of scientists have suggested that, together with the elderly, vulnerable people isolate themselves for at least 12 weeks.

But as supermarkets are ransacked by people who are likely to recover well from COVID-19, Ulrika has said she is losing her faith in society.

The telly star and former weather girl has said "greedy and narrow-minded" people have forced her to re-evaluate society.

Ulrika is by no means the only celebrity currently affected by the global coronavirus pandemic. 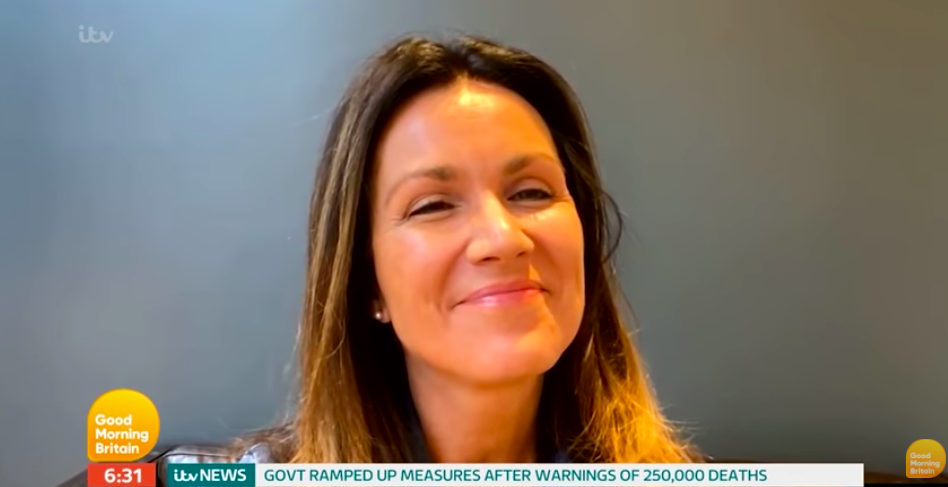 Susanna Reid is currently in isolation too (Credit: YouTube/ ITV)

Good Morning Britain star Susanna Reid is in self-isolation after her son developed a persistent cough, while Kym Marsh cancelled an appearance on The One Show over fears she has coronavirus.

The One Show's host Matt Baker is already at home after being struck down with the symptoms of the illness.

In the coming weeks some episodes of Coronation Street and Emmerdale will understandably be out of kilter due to the temporary transmission pattern for both programmes which takes effect from Monday 30 March. Episodes due to broadcast at Easter and those commissioned and filmed to commemorate VE Day, for instance, won't now air on the dates we'd anticipated. We'd hope the audience will understand the reasons for this and continue to enjoy the shows. Additionally, as both Coronation Street and Emmerdale film many weeks before they air on ITV, episodes will continue to feature scenes set in the Rovers and Woolpack and other communal areas. Although the Government’s latest guidelines indicate that people should avoid such public spaces, we’d ask viewers to make allowances for the fact that filming took place before the coronavirus pandemic and to make sure they follow the most recent Government health advice. #Emmerdale

Coronation Street and Emmerdale are working to a reduced skeleton staff and episodes of the soaps are being scaled back in the coming weeks.

Tonight, Ant and Dec will present Saturday Night Takeaway without a live studio audience for the first time ever. And it could be the last SNT we see for a while.

Causing chaos for @bradderswalsh in our @itvchase Undercover this week.. Swipe to see high jinks in high heels! 👠 #SaturdayNightTakeaway

The boys admitted on Friday that the show's current future is hanging in the balance due to the outbreak of COVID-19.

Ant told an empty This Morning studio: "We wanted to do the show just to put a smile on other people’s faces as we might not be able to do another one." 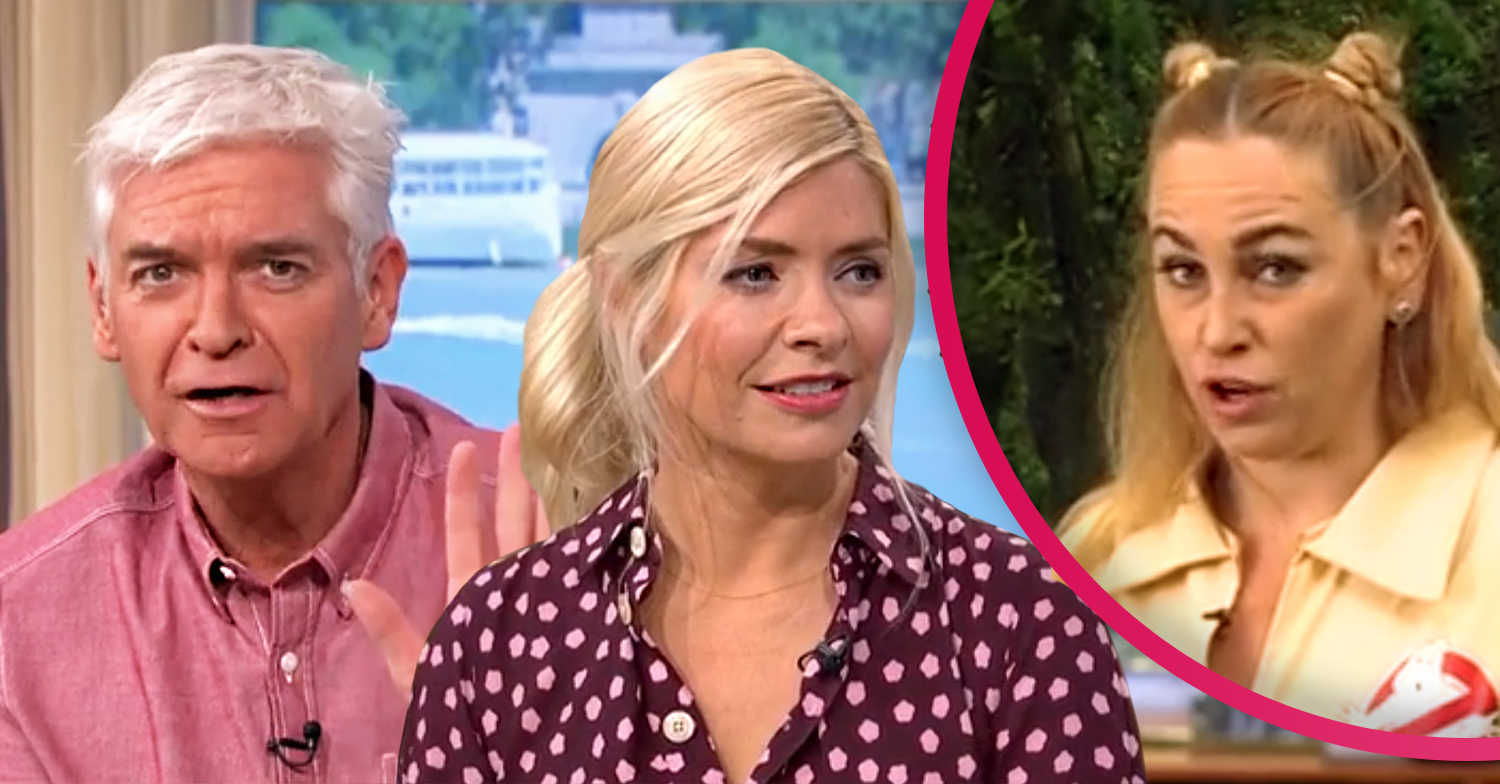 Josie Gibson splits her jumpsuit on This Morning 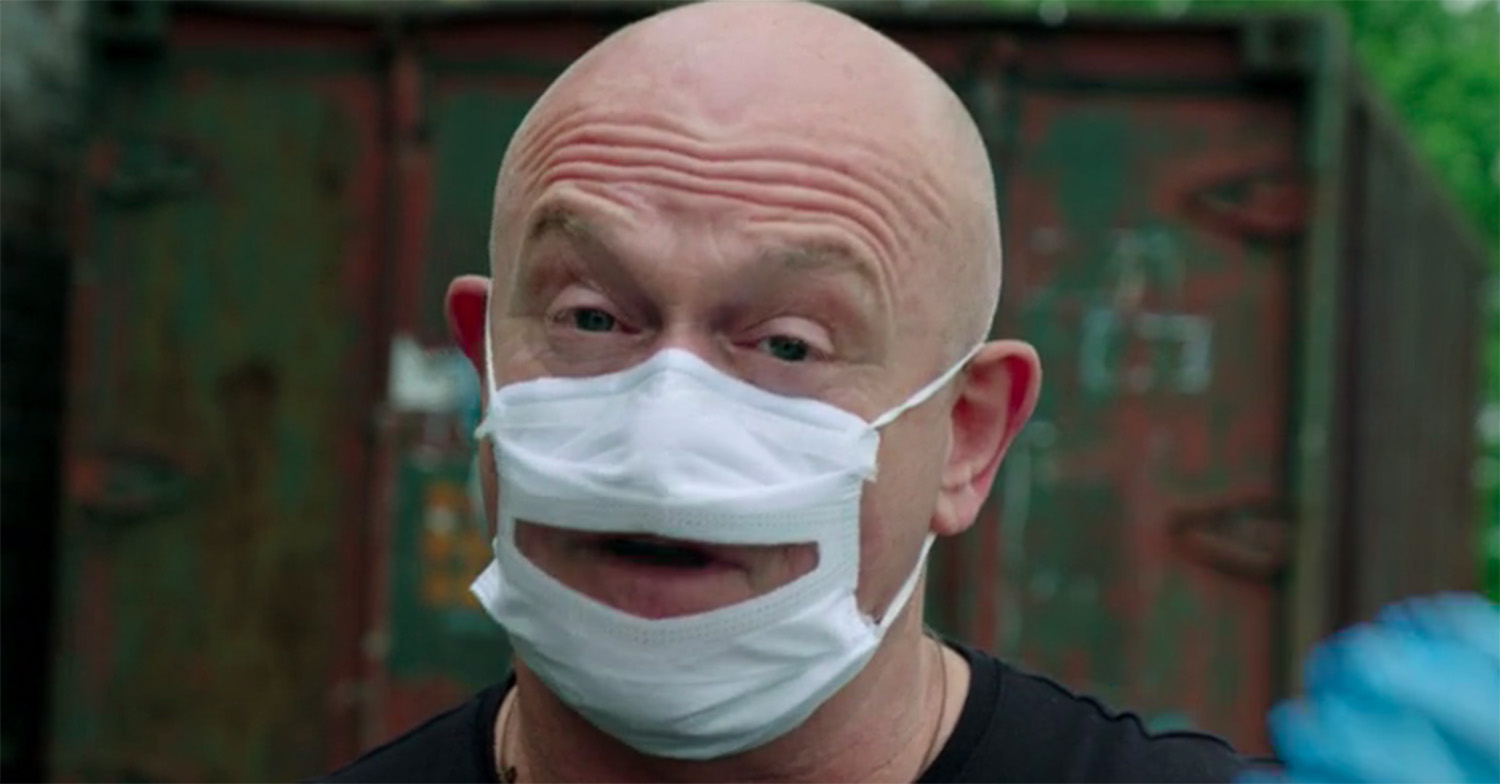