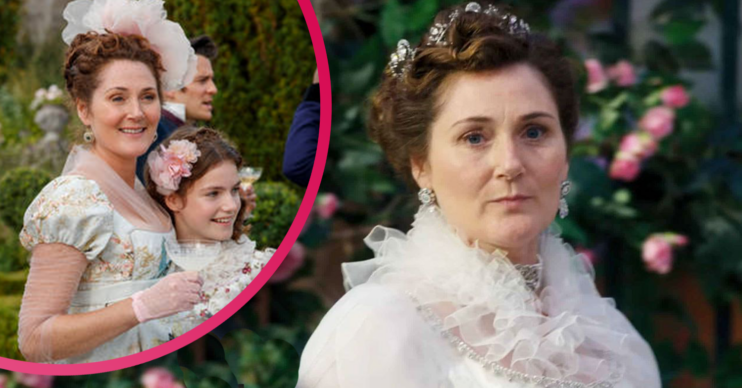 Bridgerton: Where did we leave Violet Bridgerton in season 1? What’s next for her in season 2?

What will the gracious mother be getting up to next?

Violet Bridgerton is a patient mother of eight, who valiantly watches as her children grow up and find their perfect match – but what will she be up to in season 2?

After Bridgerton announced the release date for season 2, ED! can reveal viewers can expect a lot more from Violet soon.

So where did we leave Violet Bridgerton in season 1 and what will she be getting up to in season 2?

Where did we leave Violet Bridgerton?

She was widowed after her husband Edmund Bridgerton’s death and left to care for their children on her own.

Violet is a loving mother who helps to keep her family’s reputation afloat.

Her main focus in season 1 was to prepare her eldest daughter Daphne for her social debut.

Violet played an important role in escorting Daphne to social events and setting her up with eligible suitors.

Read more: Why isn’t Rege-Jean Page appearing in Bridgerton season 2? Everything we know

The warm and wise character also offered lots of vital advice to her children, including making Daphne realise how important it is to marry for love and not just social status.

What’s next for Violet in season 2?

Nothing much has been revealed about what to expect with Violet’s character in season 2.

But we can assume that she’ll still play an important role in her children’s lives.

Especially as her eldest son Anthony Bridgerton is now on the search for a bride!

Violet Bridgerton has also appeared in a few teaser photos of the upcoming series.

In one photo Violet looks pleased as she stands with her children Eloise, Anthony and Benedict.