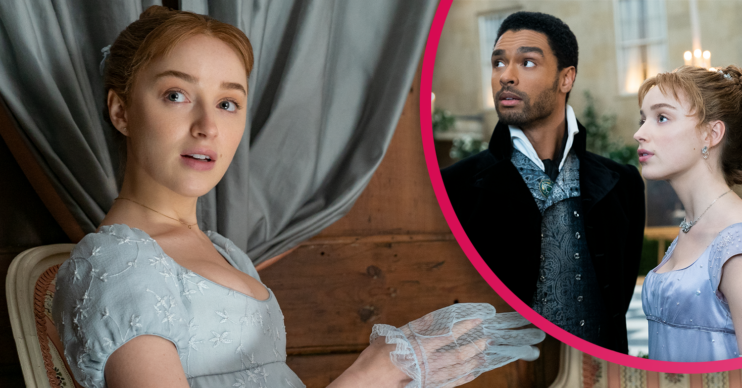 Bridgerton: Where did we leave Daphne Bridgerton in season 1? What’s next for her in season 2?

She'll take a step back this time around

Daphne Bridgerton, played by Phoebe Dynevor, had the leading role in the first season of the show – but with her storyline reaching its climax, will she be in series 2?

We already know Regé-Jean Page, who played the Duke of Hastings, isn’t returning.

So where does this leave Daphne and actress Phoebe, daughter of Coronation Street legend Sally Dynevor?

Read on for all we know about Daphne in Bridgerton season 2.

Where did we leave Daphne Bridgerton?

Daphne was the leading lady of Bridgerton season 1.

The series followed her society debut and a quest to find a husband who offered both passion and high status.

She eventually met her match in the Duke of Hastings and, at the end of season 1, they were married and had a baby.

And it’s this story that will take on the central theme for season 2.

So where does this leave Daphne? Especially as her husband isn’t set to feature…

What’s next for Daphne in Bridgerton season 2?

The new series focuses on the second book in the series by Julia Quinn, called The Viscount Who Loved Me.

And, if you’ve read it, you’ll know that Daphne definitely does feature.

Phoebe and fellow cast member Nicola Coughlan have dropped hints about what the new series holds for Daphne.

She told The Wrap that her husband will “definitely be referred to a lot” and their love story will continue.

Except sadly we won’t see it play out on screen.

Read more: Bridgerton’s Phoebe Dynevor was ‘on verge of quitting acting’ when she landed role

She said: “I think he’ll definitely be referred to a lot. I think we’ll see the baby.

“And we’ll just focus more on her relationship with the Bridgerton family.”

“Daphne and Anthony have such a good relationship and he involved himself so much in her and the Duke that now Daphne’s going to be like: ‘I want to do what you’re doing. I’m going to figure it out.'”

She added: “And there’s a lot going on. It’s extremely dramatic.”

Filming continues to be disrupted due to COVID outbreaks on set. But Anthony Bridgerton star Jonathan Bailey said recently they had just finished the “second block” of filming out of four blocks.

So basically they’re halfway there, which is exciting news.

As a result, it’s likely we can expect the new series to launch in the spring of 2022 at the earliest.