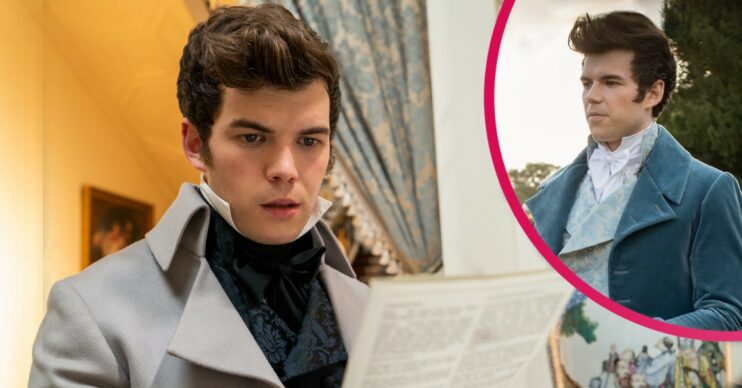 Bridgerton: Where did we leave Colin Bridgerton in season 1? What’s next for him in season 2?

Things start to get steamy for the heartbroken character

What can we expect in season 2 for Colin Bridgerton – the third eldest of the Bridgerton siblings and certainly the wittiest?

When his sister Daphne’s story reached it’s climax in season 1, Colin’s has only just begun.

And, as the date for the second season has finally been confirmed, it won’t be long now until we see the rest of his story unveil.

So where did we leave Colin Bridgerton in season 1 and what will he be getting up to in season 2?

Read more to find out.

Where did we leave Colin in season 1?

Marina was staying in town with her cousin Penelope Featherington, who is Colin’s close friend.

However, things got complicated when Marina discovered that she was pregnant.

In an attempt to cover it up, Marina plotted to be married to Colin immediately.

Despite being warned by his friend Penelope, Colin was tricked into being engaged to Marina.

But when Lady Whistledown reported that Marina was pregnant, their engagement ended swiftly.

What’s next for Colin Bridgerton in season 2?

Season 1 ended with Colin saying farewell to his family and setting off on his trip abroad.

Fans feared that this would be the end of Colin’s story, however, Colin is set to return in season 2!

In the books, Colin also plays a vital role in setting up Kate and Anthony’s relationship.

One fan tweeted: “I definitely feel like we’re gonna see more of Book Colin in s2, he was the OG Kate x Anthony shipper and basically set them up.”

Read more: Why isn’t Rege-Jean Page appearing in Bridgerton season 2? Everything we know

Things are also starting to look steamy between Colin and Penelope.

While speaking to Elle about Penelope and Colin’s relationship, Nicola Coughlan revealed that their bond is starting to develop just like in the books.

She teased: “We used to joke about it, really inappropriate jokes, like: ‘Wouldn’t it be funny if we did this when we do it?’

“And then as time goes on it becomes more real. Now it’s not funny any more!”

When asked if she knows when their romance is going to blossom, Nicola said: “I do. I do know. I’ve been told.”