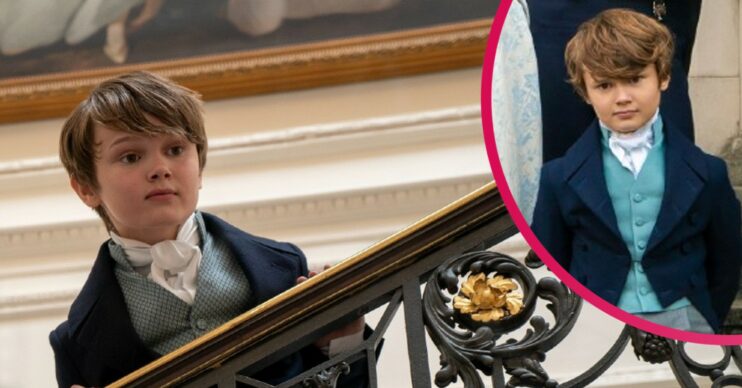 Bridgerton: Where did we leave Gregory Bridgerton in season 1? What’s next for him in season 2?

What's next for the loveable character?

Gregory Bridgerton is the seventh eldest sibling in the Bridgerton family and some could say he’s the most loveable – so will we see more of him in season 2?

Even though he doesn’t have much of a story like the others, he has often stolen the show with his hilarious one liners and extremely cute scenes.

Here’s what’s happened to Gregory so far in Bridgerton and what he could be getting up to next.

Where did we leave Gregory Bridgerton?

Gregory is one of the few Bridgerton children to still be a young child.

As he is very young, nothing important has happened to his character yet.

But the troublemaker has often appeared running around the house and getting up to mischief.

He is also a lively character who loves to tease and annoy his younger sister Hyacinth.

Read more: Where did we leave Anthony in season 1? What’s next for him in season 2?

Gregory looks up to his older siblings as he watches them all grow up and search for true love.

He appeared to be very close with all eight of them as they each take turns to watch over and play with him.

Gregory also got along with The Duke of Hastings when he came to visit with his sister Daphne.

What’s next for Gregory in Bridgerton season 2?

Nothing much has been revealed about Gregory’s character in season 2.

But we can imagine that he’ll be making an appearance with his sister Hyacinth and getting up to more trouble around the house.

According to author Julia Quinn, Gregory doesn’t get his chance in spotlight until the final book.

Which means that we won’t see much of Gregory’s character until later on in the series.

However, fans are still excited to see more hilarious scenes of the little rascal.