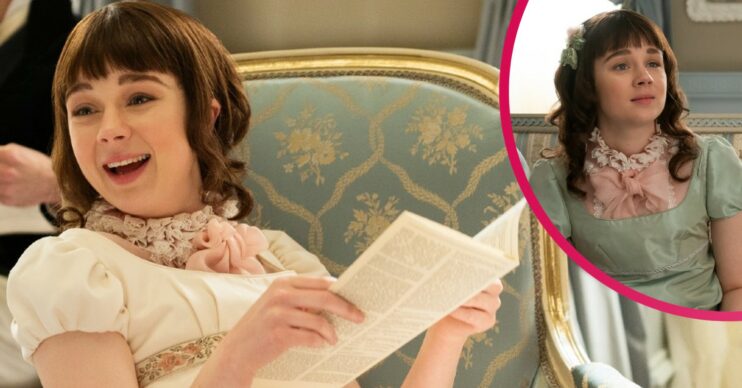 Bridgerton: Where did we leave Eloise Bridgerton in season 1? What’s next for her in season 2?

Could Eloise be pregnant in season 2?

Eloise Bridgerton offered a series of hilarious scenes and alternative views throughout the first season of Netflix show Bridgerton – so what’s coming up for her in season 2?

The intelligent-yet-naive daughter of Violet Bridgerton quickly became our favourite character and left us all eager to find out more about her story.

So where did we leave Eloise in season 1 and what will she be getting up to next in the second season?

Where did we leave Eloise Bridgerton in season 1?

The sprightly character brought lot’s of refreshing opinions to the show as she explored feminist views and challenged the patriarchal standards of the era.

As Eloise prepared for her social debut, she also realised that she doesn’t want a life of courting and motherhood.

Instead, Eloise enjoys reading, writing and oppressing the social norm.

The unsung feminist also set her heart on trying to discover who Lady Whistledown really is.

Desperate to uncover her identity, Eloise collected information on what people might know about the lady behind the newsletter.

Eventually, she became so obsessed with trying to find out that she even attempted to hunt her down.

But, sadly, Lady Whistledown got away.

What’s next for Eloise in Bridgerton season 2?

Netflix has remained tight lipped about what’s to come in season 2 and not much has been revealed about Eloise’s story.

However, some fans have noticed that Eloise might have a baby bump in one of the teaser photos.

Fans were sent into a frenzy on Twitter and one of them wrote: “Is Eloise pregnant in the fourth pic?”

Someone else said: “She looks pregnant here #Bridgerton.”

Actress Claudia Jessie also spoke to Harper’s Bazaar about what to expect of her character in season 2.

She said: “She is going to shake things up.

“She is given a little bit freedom to be herself, with Daphne being in a high-status relationship, and it gives Eloise a bit more room to have her own space.”

When asked what drama she cannot wait to revisit, Claudia said: “Eloise not knowing who Lady Whistledown is! She is going to be [bleep]ed!”