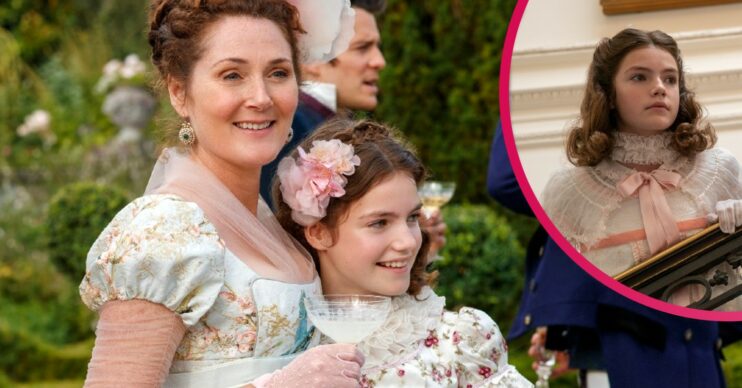 Bridgerton: How old is Hyacinth Bridgerton? What age is actress Florence Hunt?

The youngest of the Bridgerton clan!

Hyacinth Bridgerton is the youngest of the Bridgerton clan – but how old is she and what age is actress Florence Hunt?

Get to know these facts – and many more – about Hyacinth and Florence!

In season 1 of Bridgerton, Hyacinth watched in awe as her elder sister fell in love with The Duke of Hastings.

The hopeless romantic enjoyed supporting Daphne at events and hearing about her love life almost as much as we did!

In season 2, she has grown up a little…

Where did we leave Hyacinth Bridgerton in season 1?

Hyacinth was eager to follow in her sister Daphne’s footsteps and find true love.

She loved everything about the social season in London, especially since it was Daphne’s debut.

As Hyacinth watched her sister find true love, she became more intrigued about what marriage life would be like.

She even asked Daphne what it’s like to be in love.

Hyacinth also gave us some of the most iconic scenes as she talked back to her brothers and even laughed in Lord Berbrooke’s face.

How old is Hyacinth Bridgerton in season 2?

Poor Hyacinth is still too young for for her own romance in Bridgerton season 2 – at the impressionable age of 11.

But she has always had a preoccupation with affairs of the heart.

If the series continues to follow the books, Hyacinth will eventually have a romance of her own.

In Julia Quinn’s seventh book it’s revealed that after years watching her siblings fall in love, Hyacinth finally experiences it for herself.

Although it will be a while until we see her story come into play, fans are excited to see more of Hyacinth in season 2.

Are you looking forward to season 2 of Bridgerton? Tell us on our Facebook page @EntertainmentDailyFix.