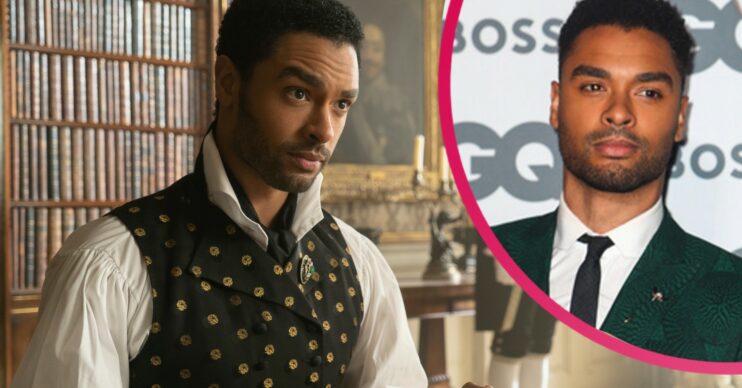 Why isn’t Regé-Jean Page appearing in Bridgerton season 2? Everything we know

The Duke will not be available for the next social season.

The Ton was displeased to hear that The Duke, aka Regé-Jean Page will not appear in Bridgerton season 2.

It was announced, following the completion of his leading story, Regé-Jean has withdrawn from the cast and won’t appear in further seasons.

However, some fans believe this may not be true, while rumours suggest a rift may be behind the exit.

Here’s what we know – from official statements to cast comments.

What was officially said about Regé-Jean’s exit?

The official statement regarding the star’s exit from the role of Simon Bassett was posted on April 2nd, 2021.

It was released via a letter “from Lady Whistledown”, the show’s secretive gossipmonger.

The statement read: “Dear Readers, while all eyes turn to Lord Anthony Bridgerton’s quest to find a Viscountess, we bid adieu to Regé-Jean Page, who so triumphantly played the Duke of Hastings.

“We’ll miss Simon’s presence onscreen, but he will always be a part of the Bridgerton family,” it continued. “Daphne will remain a devoted wife and sister, helping her brother navigate the upcoming social season and what it has to offer – more intrigue and romance than my readers may be able to bear.”

What has Regé-Jean said?

Following the official announcement of his exit, the actor shared his own statement on Instagram. In a photo of him on set riding a horse, Regé-Jean commemorated his time as Simon Bassett.

“The ride of a life time,” he wrote. “It’s been an absolute pleasure and a privilege to be your Duke. Joining this family – not just on screen, but off-screen too.

“Our incredibly creative and generous cast, crew, outstanding fans – it’s all been beyond anything I could have imagined. The love is real and will just keep growing.”

However, he made no secret that he didn’t plan to remain on the show longer than one season.

He told Variety: “It’s a one-season arc. It’s going to have a beginning, middle, end – give us a year.

“[I thought] ‘That’s interesting,’ because then it felt like a limited series. I get to come in, I get to contribute my bit and then the Bridgerton family rolls on.”

What has the cast and crew said about his absence?

Show creator Shonda Rhimes admits she offered Regé-Jean the opportunity to return, but he declined.

“Rightfully, he said, ‘I signed up to do this one lovely story, this closed-ended storyline. I’m good!’” she tells Variety. “And I don’t blame him for that.

Phoebe Dynevor, who plays the Duke’s love interest Daphne Bridgerton, admits that she had been warned about her co-star’s exit.

“I had a bit of a heads up, so I knew,” she said. “But yeah, I guess it is a spanner. But again, the show centres around the Bridgertons, and there are eight books. And I think maybe the fans of the books were more aware of that happening than the fans of the show.”

Is there a feud?

It’s been rumoured there’s more than the team are letting on behind Regé-Jean’s exit.

Some claim there was a fallout over the star’s pay, while others say there was a dispute with the production team.

“He wasn’t happy with what was planned for his character for season two,” a source told Page Six. “[It] would have kept him a player but not the focal point of the show.”

Regé-Jean himself threw fuel on the fire by saying he had removed himself from the cast WhatsApp chat.

However, he claims this was done out of politeness. He told GQ: “I respectfully exited. I didn’t want to put them in an awkward situation where they had to kick me out.”

What does this mean for season 2?

Despite Simon Bassett being a leading man in season one, it won’t actually affect season two that much.

Due to the books by Julia Quinn focusing on a different Bridgerton sibling each instalment, Anthony Bridgerton (Jonathan Bailey) will now take centre stage.

Anthony vows in the season one finale to find a wife, but not for love, rather convenience and obligation.

However, he meets his match when he meets Kate Sharma (Simone Ashley), whose fiery nature piques his interest.