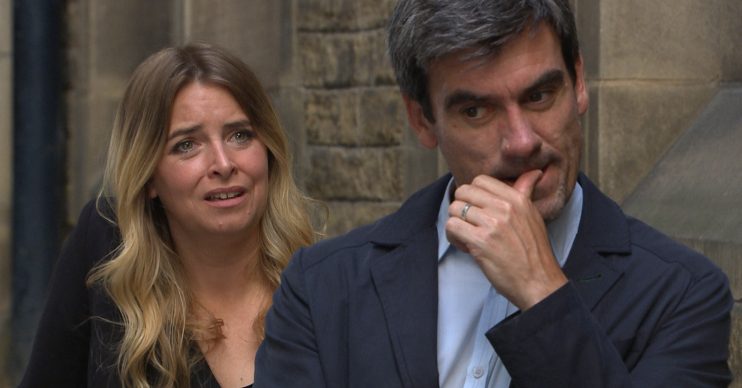 The lockdown episodes will be airing very soon!

ITV has confirmed Emmerdale will remain on air through the coronavirus lockdown.

Back in March, production of Emmerdale and Coronation Street was suspended due to the pandemic. As a result, episodes were also reduced to three a week.

However it was recently confirmed that the soap is filming six special lockdown episodes, which are due to air at the beginning of June.

In a press release, it was revealed Emmerdale will alter the transmission pattern, to two episodes a week as of Monday, June 8.

The episodes filmed will feature the characters in lockdown. Those characters include Cain and Aaron, Sam and Lydia, Mandy and Vinny, Marlon, Al and Ellis, Nicola and Jimmy and Chas and Paddy.

The episodes will air on ITV on Mondays and Wednesdays at 7pm for three weeks. After this, Emmerdale will resume its three episodes a week pattern.

Emmerdale: What will happen in the episodes?

It has been teased that old resentments and past feuds will resurface for some of the characters in lockdown together.

Currently there is no set date for Coronation Street to resume production. However ITV recently confirmed they were in the final stages of planning soap returns.

Meanwhile, the BBC has confirmed EastEnders will start filming at the end of June.

Although filming may be able to resume, there are strict rules and social distancing guidelines that will need to be followed.

It was recently reported that soaps would be ‘banning kissing’ when the soaps resume filming.