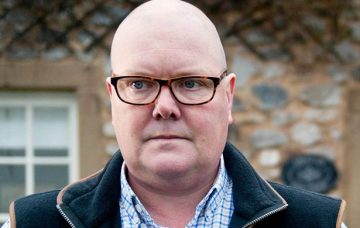 The lovely Paddy Kirk is one of the longest-serving characters in Emmerdale, having been in the soap since 1997 – and it’s fair to say he has packed quite a bit into his 22 years in the village.

As well as three marriages, Paddy has also given soap fans friendship goals thanks to his bromance with best friend Marlon Dingle.

But it’s not always been fun and laughter for the village vet. Paddy has also suffered more than his fair share of heartache.

Not only has his heart been broken more times than he probably cares to remember, but he has also suffered tragedy, loss, and most recently he discovered that the man he had called his father for his whole life wasn’t even related to him.

But despite these tough times, there’s one thing you can count on Paddy for, and that’s bringing humour to even the darkest of storylines. With his hilarious one-liners and bumbling ways you can always rely on Paddy to bring some light relief whatever the situation.

What bought Paddy Kirk to Emmerdale?

Paddy arrived in Emmerdale back in 1997 while he was working as a locum vet for Zoe Tate.

But as he found his feet in the close-knit village, he couldn’t help but take a shine to Mandy Dingle and the pair were soon smitten with one another.

Paddy’s mum, Barbara, didn’t like Mandy and paid her to stay away from her son. But despite the fact Mandy took the cash and married her cousin Butch instead, it seems nothing could keep the pair apart for long.

Who has Paddy Kirk been married to?

Paddy went on to marry Mandy in 1999, but the pair had a rocky relationship to say the least.

They spent a lot of time apart thanks to the fact Mandy was often away looking after her dad who was unwell.

In the end their marriage ended when Mandy had an affair, leaving Paddy heartbroken.

The next love interest for Paddy was Emily Dingle, who was the polar opposite to Mandy.

The pair got engaged and ended up getting married in a surprise ceremony when Tricia Stokes got cold feel on her wedding day to Marlon Dingle, leaving Paddy and Emily to step in and get hitched instead.

The pair were desperate to become parents and began fostering several children, including none other than Debbie Jones – now better known to soap fans as Debbie Dingle.

But once again the soap gods couldn’t let Emily and Paddy be happy for too long, and soon Paddy’s head was turned by Viv Windsor, and the pair embarked on an affair.

Paddy’s most recent marriage was to Rhona Goskirk, his fellow vet and his best friend Marlon’s ex.

Shortly after Paddy and Rhona got together, Rhona discovered she was expecting Marlon’s child and went on to give birth to their son, Leo.

Paddy and Rhona’s biggest test came when Rhona became hooked on painkillers after suffering from a back injury.

Eventually things got so bad that Rhona collapsed after taking too many tablets and she ended up in rehab.

Paddy and Rhona’s marriage came to an end when Paddy had an affair with Leo’s teaching assistant, Tess Harris, who was also married.

Who are Paddy Kirk’s children?

Despite being a fantastic foster dad to many children during his time on the soap, Paddy also developed a father/son relationship with Chas Dingle’s wayward son, Aaron Dingle.

When Paddy’s relationship with Chas broke down the first time around after she had an affair with Carl King, Paddy threw Chas out, but let Aaron stay, eventually becoming his rock as he came to terms with the fact he was gay.

Since Chas and Paddy reunited more recently the pair shared one of Paddy’s most heartbreaking storylines when they lost their baby daughter, Grace, just hours after she had been born.

Chas discovered at the 20 week scan that their baby had bilateral renal agenesis, which meant the little one had no chance of survival outside of the womb, something that understandably devastated the pair.

But since Grace’s tragic death, Paddy and Chas have fought to slowly put their lives back together, and have recently discovered they’re set to be parents again when Chas found she was unexpectedly pregnant.

Thankfully this time around there couple’s baby seems to be in great health, and they’re looking forward to welcoming their new arrival into the world in October.

Who is Paddy Kirk’s best friend?

Paddy and best friend Marlon have a bromance to end all bromances and have been through thick and thin together.

That’s not to say that the pair haven’t had their ups and downs, but while they might have had the odd – usually hilarious – fight over everything from women to work in their time, it’s clear they’d do anything for one another.

In fact they’re so close, they’re more like siblings. They can be a comedy double act one moment, and then at each other’s throats the next.

They can say whatever they like, often delivering the most brutal of home truths and getting away with it, but they’re probably the best friendship Emmerdale has ever seen and are so close that when Jessie – Marlon’s now wife – first met the pair she thought they were a couple!

Where does Paddy Kirk work?

Paddy’s life-long passion is being a vet, and he has worked at the village veterinary practice since his arrival in Emmerdale.

He initially worked alongside Zoe Tate, and now shares the business with Rhona Goskirk, who first came into the soap as a locum, just like he had back in 1997.

Paddy temporarily lost his veterinary licence after he was arrested for assaulting a police officer as he helped Rhona leave the country with her son, Leo.

Rhona took over Paddy’s work at the vets and got her friend Vanessa Woodfield to help her.

Paddy and Vanessa didn’t get off to the best starts because Paddy resented her for taking his job, but they soon became friends and Vanessa eventually bought a share in the business and all three have had their names above the door since.

Who is Paddy Kirk’s biological dad?

When Mandy Dingle returned to the village earlier this year, she dropped the bombshell that Paddy’s mum had an affair with a semi-professional wrestler called Bear Wolf and that he could potentially be Paddy’s biological dad.

At first Paddy was in denial, but soon Chas managed to talk him into doing some digging, and before long a DNA test confirmed that Bear Wolf was indeed Paddy’s dad.

The pair had a rocky start to their relationship, but when Paddy travelled to Belfast to see Bear, the pair connected and Bear has since come to Emmerdale to get to know the son he didn’t even know he had.

After falling out back in 2018, April made sure best friends Paddy and Marlon started talking again by forcing them to address their argument.

But as they both apologised, Paddy confessed: “I’m a 48-year-old man with no home and no hair, and I’ve got a massive allergy to horses…”

But Marlon wasn’t convinced by Paddy’s allergy and tried to convince his friend that it’s more of a phobia… and it wasn’t long before they were arguing again over Paddy’s potential horse allergy.

“We’ve had our fair share of mishaps lately, all that competitive dating, but I don’t want to be falling out, especially over girls. It should be misters before sisters… I think I’m just lonely, that’s what it boils down to, and I’ll be even lonelier if I didn’t have my best friend with me.”

What has been your favourite Paddy Kirk moment? Leave us a comment on our Facebook page @EntertainmentDailyFix and let us know what you think!