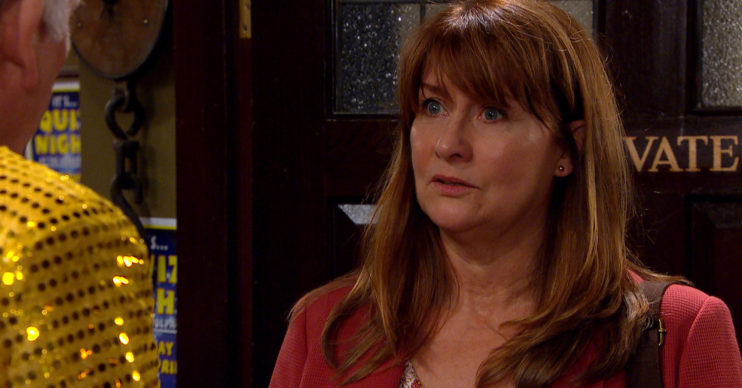 A love letter for Bob ends up in the wrong hands...

In next week’s Emmerdale, things get complicated between Bob, Wendy, Rishi and Manpreet.

Since Wendy moved to the village, Bob has had a crush on the newcomer. After admitting his feelings towards her, it looked like the feelings weren’t reciprocated. But next week, Wendy’s love letter for Bob ends up in the wrong hands…

In the upcoming episodes, Rishi hides his alarm when he reads what appears to be a love letter from Wendy addressed to him.

But unbeknownst to him, the love letter was actually meant for Bob.

Not sure what to do, Rishi shows Wendy’s love letter to Bob, who is shocked by what he reads.

Meanwhile, Wendy is left wondering if Bob has read her letter. Knowing it’s on her mind, Manpreet encourages her to ask him.

At the Woolpack, Wendy attempts to talk to Bob about his feelings for her. But because he thinks she has feelings for Rishi, he denies he has them anymore.

Devastated, Wendy tries hard to hold back the tears. Has Bob ruined his chances with Wendy?

What happens in this week’s Emmerdale?

In this week’s episodes, it becomes clear Wendy wants another chance with Bob. Her colleague Manpreet suggests she writes him a letter to explain how she feels.

But how does it end up in Rishi’s hands?

Wendy moved to Emmerdale last year and she revealed she had just been employed at the local gp.

Her arrival didn’t go down well with many of the villagers as it was well known her son Lee raped Victoria, resulting in her getting pregnant.

Whilst Bob was the only one who tried to help Wendy and was nice to her, they quickly struck up a friendship.

As she got closer to Bob, he admitted her feelings towards her. However, Wendy admitted her son’s father wasn’t nice to her and it looked like she wasn’t interested in another relationship.

Will she and Bob be able to make a go of a relationship?