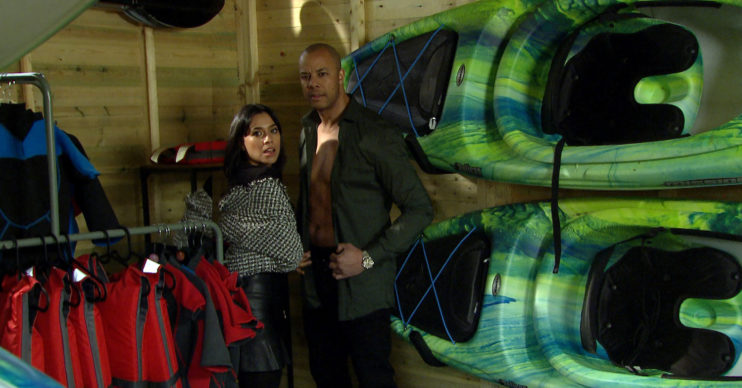 Soaps such as Coronation Street, Emmerdale and EastEnders have banned kissing due to the Covid-19 pandemic, according to reports.

Fans of shows will be left disappointed as new restrictions are being put in place. This will enable the soaps to adhere to social distancing regulations and that rules out kissing between characters.

A source told the Sunday Mirror newspaper: “This even spells the end of holding hands. We all have to keep the two metre distance.”

Emmerdale star Katherine Dow Blyton – who plays vicar Harriet Finch – previously revealed that kissing was initially ruled out in the week before the soap stopped filming due to lockdown.

Speaking about her character’s steamy romp with DI Mark Malone (Mark Womack) in the church, she said: “We were supposed to have a big snog.

“But we had to keep a distance and leave everything to the audience’s imagination. I think this will be the norm when we go back.”

The ITV soap confirmed its production team have “commenced a phased return”. They are working on the new stories set during the ongoing coronavirus pandemic.

Filming was underway on Wednesday (May 20) at the show’s Leeds studios. They will use a reduced crew to ensure all social distancing and health and safety measures are being strictly followed by the team.

ITV teased the episodes will see “resentments and past feuds resurface, old wounds further exposed, relationships scrutinised, with doubts and insecurities laid bare”. There will also be a hint of romance.

The characters will also join in the weekly Clap For Carers to show their support for the NHS and frontline workers.

Danny Miller spoke about returning to work and said naturally everyone had “fears” over it.