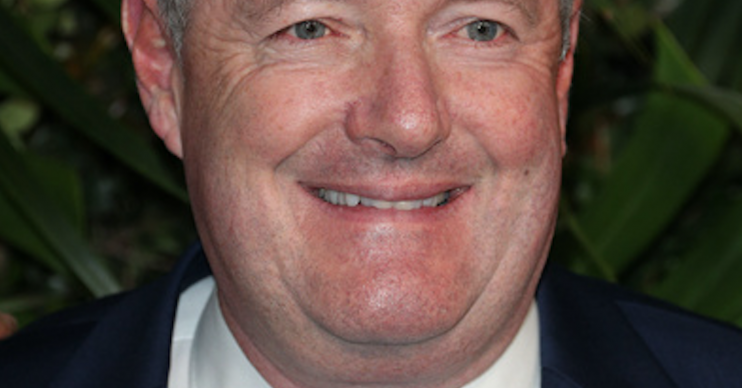 She had accused him of being a 'bullying parasite'

Breakfast TV host Piers Morgan has fired back at Jameela Jamil after she branded him a “bullying parasite”.

The actress slammed the Good Morning Britain presenter, 54, after he shared messages he claims were sent to him by late TV star Caroline Flack.

Jameela, 33, had previously criticised forthcoming – but now cancelled – show The Surjury, looking at the reasons behind prospective cosmetic surgery patients’ decisions to go under the knife, which was due to be presented by Caroline.

However, following Love Island host Caroline’s death earlier this month, Piers decided to go public with alleged DMs from the late presenter which seemed to indicate she was “struggling with Jameela”.

Read more: Phillip Schofield congratulated by Brian Cox for coming out as gay

Jameela reacted furiously to Piers’ claims and clarified her relationship with Caroline before declaring she would not baited by the ex newspaper editor in future.

She tweeted: “Out of respect for Caroline, I will not allow this conversation to carry on in which she can’t respond or speak for herself.

This is such a valuable contribution to the #BeKind movement.

“She would be disgusted her personal messages were shared and weaponised against a woman, by a bullying parasite she thought was her friend. I’m out.”

Jameela later added: “To sell your dead friends’ private messages for clicks is a low I’ve never imagined anyone capable of.”

I simply said I found the show “surjury” (not her) problematic for kids to watch. And that love island needed some more diversity. Both times Caroline instigated debate with ME even though I was not targeting or blaming her at all. I always just politely explained my point. pic.twitter.com/XL9UdrQTcy

But this afternoon, Piers – who yesterday revealed his final text exchange with Caroline about her ‘throwing her phone’ in the Mail on Sunday – took aim at Jameela once again with a sarcastic comeback, dismissing her as a ‘hypocritical twerp’.

He tweeted to his 7.1 million followers on the social media platform: “Delighted to see Jameela Jamil has miraculously found the strength from her myriad afflictions to brand me a ‘bullying parasite’.

“This is such a valuable contribution to the #BeKind movement & I wish her well with her continued recovery from Hypocritical Twerp Syndrome.”

ED! has approached representatives for Jameela and Piers for further remarks.

Delighted to see Jameela Jamil has miraculously found the strength from her myriad afflictions to brand me a ‘bullying parasite’.
This is such a valuable contribution to the #BeKind movement & I wish her well with her continued recovery from Hypocritical Twerp Syndrome. 🙏

A coroner confirmed last Wednesday that Caroline died by hanging when she took her own life on Saturday, February 15.

It was claimed she died just hours after learning the Crown Prosecution Service would be pursuing her assault trial for allegedly assaulting Lewis Burton in December of last year.

The Metropolitan Police is reported to have referred itself to a watchdog after claims Caroline was distraught by the decision.

A few days ago, during an emotional address on Instagram, Caroline’s ex Danny Cipriani claimed she had intended to change her not guilty plea.