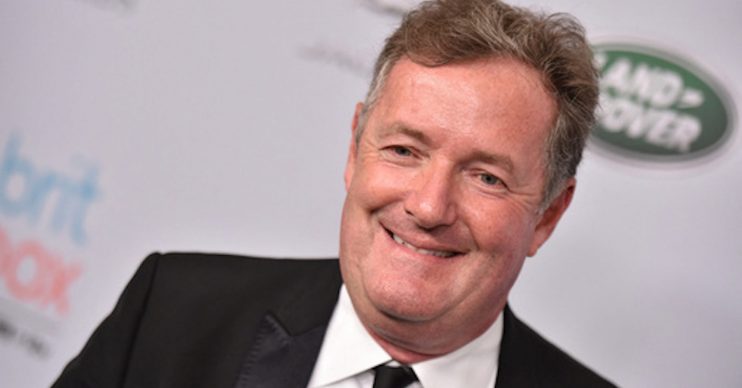 She called it 'the worst time' of her life

Writing for the Mail on Sunday, Piers’ words appear to suggest that Caroline – who was 40 when she passed away earlier this month – expressed a different version of events that occurred on the night she was arrested to those claimed by prosecutors.

The Love Island host was alleged to have hit boyfriend Lewis Burton with a lamp.

He later shared an image of a cut on his head, in a reported attempt to show he had not suffered a serious injury.

However, according to Good Morning Britain host Piers, Caroline had hinted she had ‘thrown a phone’ rather than the assault she was charged with.

Piers claimed the detail was mentioned to him when the pair exchanged texts as she informed him she would not be attending his Christmas party, due to the incident some days earlier.

This has been the worst time of my life. And for what?

Quoting Caroline’s text in his article, it was recalled the message read: “This has been the worst time of my life. And for what?

“Throwing a phone in anger. It’s so hard for one person to take.”

Piers also noted it was “horribly ironic” that his last words of attempted reassurance sent to her mentioned that ‘nobody had died’.

He said he told her: “So sorry you’re going through hell but having been through a few tough times myself, I can assure you that you’ll get through it… at the end of the day, it’s just bloody telly and nobody died.”

Piers’ comments and former role as a newspaper editor generated very divisive opinions on Twitter, but there were a couple of TV personalities who reacted positively to it on social media.

However, someone else responded: “This coming from a man constantly bringing people down.”

Anything … we can literally choose to be anything ….

A coroner confirmed last Wednesday that Caroline died by hanging when she took her own life on Saturday, February 15.

It was claimed she died just hours after learning the Crown Prosecution Service would be pursuing her assault trial for allegedly assaulting Lewis in December of last year, something both of them denied.

The Metropolitan Police is reported to have referred itself to a watchdog after claims Caroline was distraught by the decision. She was due to stand trial on March 4.

A few days ago, during an emotional address on Instagram, Caroline’s ex Danny Cipriani claimed she had intended to change her not guilty plea.