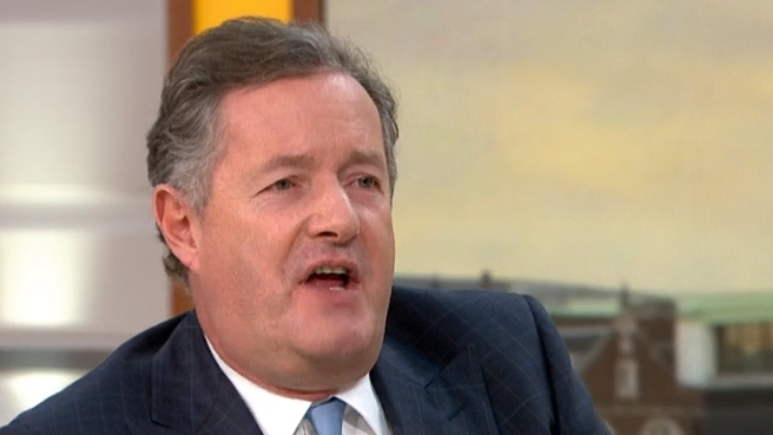 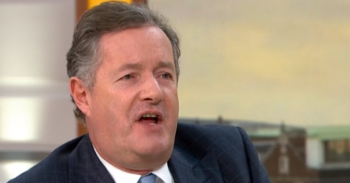 Piers isn't shy of an argument, that's for sure...

Piers Morgan has been locked in a bitter war of words with a fellow TV star, after she dared to criticise him on social media.

The feud began today (Thursday 21 March), when Jameela Jamil took offence to a comment Piers made about gender fluidity – amid singer Sam Smith’s revelation that he didn’t identity as male or female.

Tomorrow my interview with @samsmith launches. And it is one of the most extraordinary interviews I’ve seen a celebrity give. Especially for boys and NB, who feel like they have nowhere to turn in the Body Positive movement. This is for you. ❤️❤️❤️ pic.twitter.com/wMOnlBK1Cj

In an interview during Jameela’s new I Weigh Interview series, while discussing what a ‘non-binary’ and ‘genderqueer’ identity meant to him, Sam had ‘come out’ as non-binary – something which Piers mocked during Good Morning Britain.

He said: “Sam Smith has announced he’s gender-fluid… He can’t work out if he’s male or female, whatever. He’s now identifying as non-binary.

“I’m now identifying as Sam Smith, so I can get his royalties. This works both ways. I just don’t get this… Sam Smith has millions of fans, what are they supposed to think? I can’t work out what I am?”

TV presenter and actress Jameela was incensed by his reaction to the story, and tweeted: “LOL. Of course England’s biggest [bleep] stain has something mean to say about it.

“He thinks men who carry babies in a comfortable papoose where they can feel your body heat and pulse aren’t ‘manly’. This clown spews constant toxic ideas of ‘masculinity’.”

Piers promptly hit back, saying: “Appalling that you just assume I am identifying as male tonight.”

But Jameela replied in turn, tweeting: “You’re right, it is extraordinary I identify you as any kind of human being at all you giant pile of [bleep].”

The exchange then descended into more insults, with Piers complaining he’d been the victim of “vile disgusting foul-mouthed abuse” and claiming  Jameela had “misgendered” him when she mockingly called him “hun”.

Piers later clarified his thoughts, when he was called out by another Twitter user, who asked: “Why ⁦is @piersmorgan⁩ mocking Sam Smith for coming out as non-binary?”

He replied: “I just asked which gender category awards he/she/they (I don’t know what pronoun to use, sorry) will be entering going forward – male or female? Are we not entitled to ask given he/she/they now declares himself/herself/themself to be both?”

What do you think about Piers comments? Leave us a comment on our Facebook page @EntertainmentDailyFix and let us know what you think!