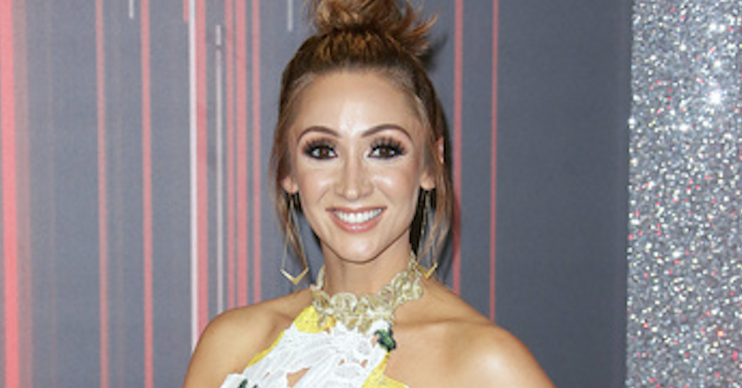 The Hollyoaks star announced the arrival of her and boyfriend Lewis Devine’s son just a few days ago on social media.

She is already mum to daughter Sienna, six, who she shares with her ex, Coronation Street star Alan Halsall.

And it was a series drawings by Sienna that drew the approving reactions from Lucy-Jo’s Insta followers after the youngster apparently sketched out family members for an illustration that both her mum and several observers agreed was “cute”.

“We are all so in love with our bundle of joy @lewisdevine.

The upload attracted thousands of Likes within hours, as well as comments that hailed Sienna’s efforts.

“This is the cutest, bless her x,” one fan wrote in the comments section.

“Congratulations to all of you and how sweet is his Sister with the lovely drawings,” added another.

The post appears to have been shared shortly after Alan appeared to lash out at Lewis for referring to Sienna ‘as his own’.

It is believed the Tyrone Dobbs star may have objected to a lengthy Insta post from the new dad.

Alan is thought to have responded by posting a cutting comeback on his own Instagram Stories account.

Alan is now in a relationship with former Weatherfield actress Tisha Merry.

He has also enjoyed a remarkable body transformation over the last couple of years due to a new exercise regime and healthier eating habits.