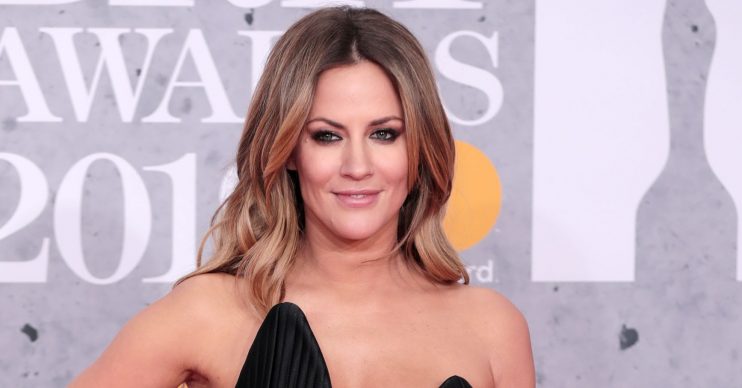 She intended to change her plea, he says

Late TV presenter Caroline Flack intended to change her not guilty plea, her ex has claimed.

Rugby player Danny Cipriani claimed during an emotional Instagram address earlier today that the Love Island host – who took her own life last weekend – had indicated she ‘had to plead guilty’ to the charge of assault she pleaded not guilty to in December.

The 40-year-old was due to stand trial on March 4.

However, 32-year-old Danny – who sobbed at several points during the 18 minute clip shared with his 219,000 Instagram followers – also noted he had not picked up her message as she sent it.

Danny said: “She texted me on Friday and she said that she had to plead guilty, and I had a game of rugby. Which again, is another story, another distraction – everything is a distraction until we actually understand that love and healing and coming together is what we need to do.

She texted me on Friday and she said that she had to plead guilty.

“If I stay on that, it will break me, so I have to see the meaning.

“She decided to call me in her last moments, when she was with her two best friends.”

Danny also said they had been speaking as friends for the past three to four months.

Breaking down, Danny opened up about his grief, saying: “I miss her.

“I’ve written her messages that she’s not going to read because her phone’s not on. It is but she’s not here.

“I’ve had to voice things to her. And I’m going to play the message at some point, the voice note she left about 15 days ago, because people need to hear it.”

He went on to claim:  “It was ultimately embarrassment and shame that killed her.”

Danny also addressed his own mental health as he revealed he once tried to buy a gun in order to take his own life.

He recalled: “When I was 22, I was going through severe depression. I was seeing a psychiatrist.

“I met a guy who was at a nightclub, he ended up being around.

“I knew he was a bad man, was in the scene, trying to make his way in whatever he was doing. I decided at this point it was time for me to take my own life and I tried to buy a gun from him.

“This went on for two months. I couldn’t do it. Because I had some fight in me.

“That was something that I went through and I’ve had to carry that.”

Ex I’m A Celebrity star James Haskell commented on the post: “It is a really important message to share. Well done mate. Proud of you.”

And his wife Chloe Madeley added: “Love you Danny, and love you for doing this. More stories need to be told, or the way things have been going, it’ll happen again and again. This was brave. Well done.”

Others also hailed Danny for being so open with his struggles.

“Inspirational. Hope this can bring hope and strength to anyone feeling low right now,” commented one person.

“One of the most powerful things I’ve ever seen,” wrote another.

And a third person remarked: “Respect to you for being open and honest. Let’s all keep helping people in their pursuit of living life as it should be.”

It was claimed she died just hours after learning the Crown Prosecution Service would be pursuing her assault trial for allegedly assaulting her boyfriend, Lewis Burton, in December of last year.