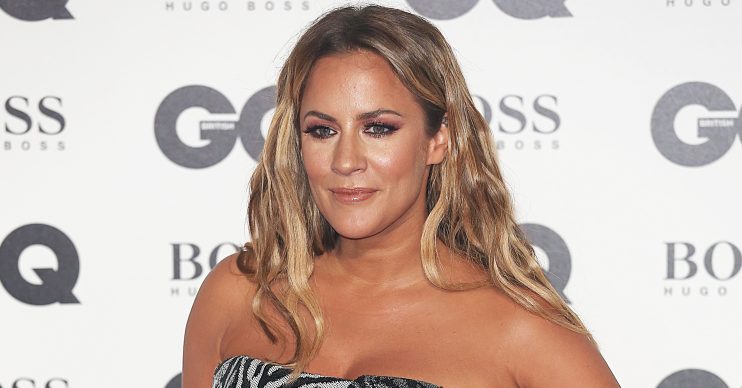 The presenter died four days ago

The inquest into Caroline Flack’s death opened at 10am today (Wednesday, February 19) and the cause was ruled as suicide by hanging.

Speaking at Poplar Coroners Court, the coroner confirmed that the Love Island star had died by hanging when she took her own life in her north-east London flat on Saturday, February 15.

Police and paramedics attempted, but she was pronounced dead at the scene.

She and the family decided to release an unpublished Instagram post the 40-year-old wrote days before her death.

“It was describing how she was feeling and what she had gone through – no more than that,” her mum said. “It was not blaming anyone or pointing any fingers.”

Caroline sent it to Chris “at the end of January but was told not to post it by advisers”.

The presenter insisted that she was not a domestic abuser ahead of her impending trial for alleged assault of boyfriend Lewis Burton on March 4.

The message, written at the end of January, added that Caroline had been having ‘some sort of emotional breakdown for a very long time’ as that she and her family ‘could not take it anymore’.

The Love Island host wrote: “Within 24 hours my whole world and future was swept from under my feet and all the walls that I had taken so long to build around me, collapsed.”

I’m thinking about how I’m going to get mine and my family’s life back.

“I have always taken responsibility for what happened that night. Even on the night. But the truth is …. It was an accident.”

“I am NOT a domestic abuser.”

Caroline tragically admitted: “I’ve been having some sort of emotional breakdown for a very long time.”

Read more: Caroline Flack was ‘terrifed of bodycam footage being shown in court’

She added: “I can’t spend every day hidden away being told not to say or speak to anyone.

Caroline’s mum said: “So many untruths were out there but this is how she felt and my family and I would like people to read her own words.

“Carrie was surrounded by love and friends but this was just too much for her.

“Jody her twin sister was there her whole life for her but this time nothing could take away the hurt of such injustice. As Carrie would say: ‘In a nasty world just be kind’.”

She also paid tribute to Caroline’s friends including Molly, Lou, Sam, Liam and Simon for supporting her.

If you or someone you know is struggling, call the Samaritans free on 116 123 or email jo@samaritans.org.