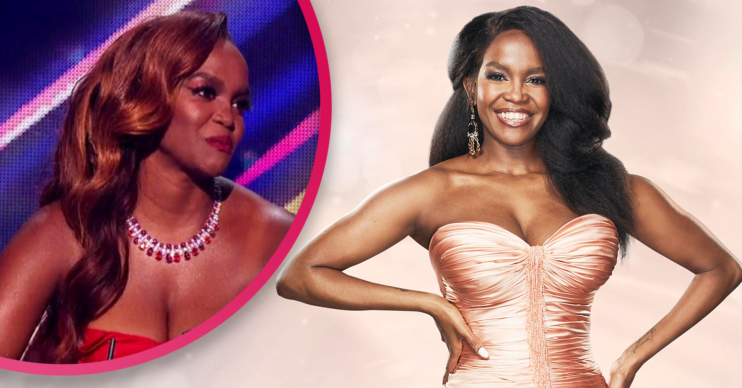 She's landed not one but three ITV shows

Oti Mabuse has made the flit over to ITV, joining Dancing on Ice as one of the judges for the 2022 series.

Leaving the sparkles of Strictly behind, DOI is one of three ITV shows Oti has signed up for.

So does it spell the end of her time on the show that made her a household name?

Read on and we’ll tell you all we know.

Is Oti Mabuse leaving Strictly after joining Dancing on Ice?

A TV insider has told The Sun that ITV has showed its “commitment to making Oti a star”.

As well as Dancing on Ice, she’s signed up to host dating show Romeo & Duet and it’s likely she’ll return for the next series of The Masked Dancer.

So what does it mean for her future on Strictly?

The source said: “Strictly is the show that made her and it will always have a special place in her heart. But discussions haven’t even started with the BBC about which pros will be on the programme this year.

“Meanwhile, ITV has shown their commitment to making Oti a star with a trio of prime-time programmes which are going to keep her very busy this year.

“Crucially, the latest sees her take on a presenting role, whereas she’s previously been part of larger teams on her other TV shows.”

However, after saying the last series of Strictly would be her last, Oti has now made a new statement.

What has Oti said about joining Dancing on Ice?

Oti seems thrilled to have joined the panel alongside Ashley Banjo, Jayne Torvill and Christopher Dean.

“Ash and I have always been good friends. I’ve always said to him one day we’ll work together and I was saying that six or seven years ago so here we are,” she said.

“The last time I saw Chris he was a beagle!” she said, reflecting on the Olympian’s Masked Dancer stint.

“Jayne I haven’t met yet but I’m super excited to and have that gal pal relationship on the panel together,” she said.

Oti also admitted ahead of the show that she has skated before, but you won’t be seeing her on the ice.

Instead, she revealed that it’ll be all about the celebrities and their pro partners – and she has her eye on a few who are already shining.

“Of course I always look at the professional line up and I think the pros are brilliant! I have been a fan of the pros on this show for a long time.

“Bez will be entertaining, Ria [Hebden] I know from Lorraine. I really love all of them,” she said.

“I genuinely think Kimberly is going to be great. She’s partnered with Mark and he’s a fantastic choreographer,” Oti added.

“Vanessa and Brendan I think will be great. I’ve seen some of these guys in training from my online stalking, seeing the videos they’re posting,” Oti laughed.

“The fact that the level is so high gets me so excited. I’ve been watching their progress in their stories on Instagram and just going I’m sooooo excited! All their extensions and lines I’m like yassss!”

Dancing on Ice judges: How did Oti rise to fame?

She then moved to Germany in a bid to broaden her dance horizons.

Read more: Oti Mabuse ‘may not return to Strictly after landing Dancing on Ice role’

In 2015, she landed a role on Let’s Dance – the German equivalent of Strictly Come Dancing.

That same year, she also made her debut on the BBC dance show, leaving the German version after two seasons.

She won for the first time in 2019 with Kelvin Fletcher, successfully defending her title with Bill Bailey the following year.

This year Oti suffered an early exit with rugby star Ugo Monye and many commented that her farewell speech sounded like a final goodbye to the Strictly family.

Is she married? Who is her husband?

Oti married Romanian dancer Marius Iepure in 2014 after meeting at a dance trial in Germany.

The couple now live in London, after moving here in 2015 when Oti landed her role on Strictly.

They have even performed together in group numbers on the show.

Posting about Marius on social media, Oti has called him her “best friend”.