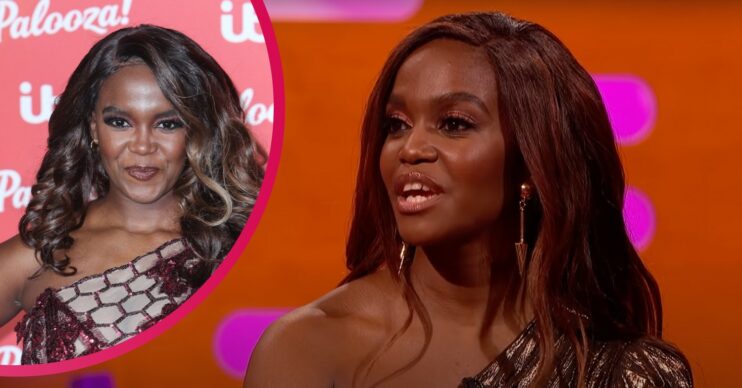 The star has a new show to concentrate on in 2022

Strictly dancer Oti Mabuse is ‘unlikely’ to return to the hit BBC show now that she’s a judge on Dancing On Ice, an expert has claimed.

Oti has replaced John Barrowman as a judge on next year’s edition of the ITV skating competition.

What is Oti Mabuse up to?

Oti Mabuse was recently announced as a new judge on ITV’s Dancing On Ice. John Barrowman had been a judge on the show for two series between 2020 and 2021.

In an Instagram post today (Wednesday, December 22), Oti spoke about how excited she was to join the ITV show.

“Ice ice baby,” she wrote. “Woke up to amazing messages from my friends. Really excited to be joining the beautiful cast of  @dancingonice.”

There is still a long time to go until the next series of Strictly Come Dancing starts getting planned however, publicist and celebrity PR Harry Rutter believes it is unlikely that Oti will return to the BBC.

Rutter spoke to Metro about Oti’s switch from the BBC to ITV.

What has been said about the star’s switch to ITV?

“Moves like this don’t often happen, but it’s more than likely that a very tempting offer was put on the table by ITV bosses,” he said.

“It is very rare that talent would switch between BBC and ITV shows, this would have been an almost too good to be true offer for Oti – one she couldn’t refuse,” he continued.

Harry Rutter then went on to explain some of the reasons as to why ITV signed Oti up.

He explained that the audience invests in talent, and will tune in to a new show if a star they like is on it. He then went on to say that some of Oti’s 635,000 Instagram followers will be watching Dancing On Ice next year because of her.

Rutter then said that moving to ITV and Dancing On Ice is a “fantastic” move for Oti. He said that it will lead to an increase in her overall following.

What else did Harry say about Oti Mabuse?

However, Strictly fans will be disappointed to hear what Harry said next. The publicist doesn’t believe that Oti will return to Strictly now that she’s on Dancing On Ice.

“I can’t imagine a return to Strictly after joining a primetime ITV show,” he said. “There definitely comes a point where stars just fancy a change.”

Harry said that considering Oti has been on Strictly for over five years, perhaps it is time for a fresh change of scenery.

What do you think of Oti’s potential exit from Strictly? Head to our Facebook page @EntertainmentDailyFix and let us know!