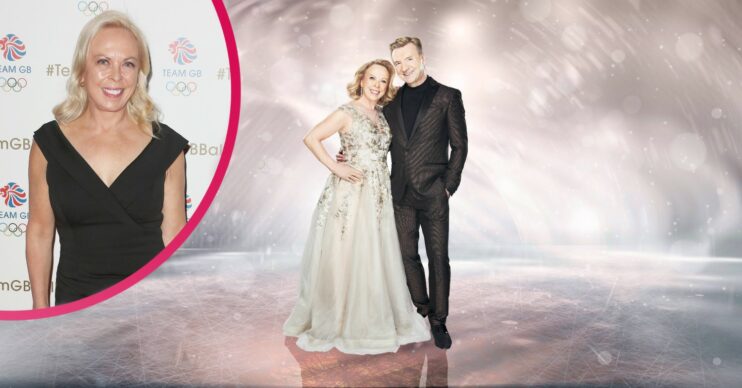 Dancing On Ice judges: Jayne Torvill on ‘traumatic’ fertility struggle after putting career ahead of motherhood

She had IVF and then went through the adoption process

Dancing On Ice is set to make it’s return for another series this weekend and with it come ice skating judges Jayne Torvill and Christopher Dean.

Jayne has been judging and coaching the hit winter show for 16 years with her skating partner Christopher.

Here’s everything we know about the figure skating superstar.

Dancing on Ice judges: Who is Jayne Torvill?

You’ve have had to have been living under a rock to not know that Jayne Torvill is known for competing in a figure skating duo with Christopher Dean.

The pair became world-famous stars after winning a gold medal at the 1984 Winter Olympics.

They also won a bronze at the 1994 Winter Olympics, making them one of the oldest figure skating medalists ever.

The dynamic duo eventually took a break from skating in 1998 and returned in 2006 as judges and coaches on the ITV competition Dancing On Ice.

Jayne and Chris return for Dancing On Ice 2022

This year, Jayne and Christopher will once again be retuning as judges – alongside Ashley Banjo and Oti Mabuse – and coaches.

When asked what will impress her, Jayne revealed: “Something that’s never been done or seen from a celebrity before.”

She also mentioned: “The great performances are the ones that before you know it it’s over and you haven’t even thought about the details because you’ve been so lost in enjoying it.”

The pair have also revealed that this year’s celebrity line up is more prepared on the ice, following last year’s turmoil.

Last series, the show was faced with chaos after numerous contestants suffered from injuries and some even had to depart from the show.

However, this series the stars are “looking really strong”. Jayne revealed: “There were more people skating than stumbling this time.”

The couple are proud parents to their adopted children, Kieran and Jessica.

During her appearance on Piers Morgan’s Life Stories in 2013, Jayne shared a heartbreaking story about her experience of IVF.

She revealed that on her journey to motherhood, she first suffered an ectopic pregnancy before enduring 12 months of IVF treatment.

She said: “I got pregnant quite quickly and I thought oh this is fine. And when I went to have a scan they said I had an ectopic pregnancy.

“So I went through the surgery and then it was obvious it was going to be more difficult. So we tried IVF for about a year. That, as a lot of women know, is traumatic in itself.”

As Jayne fought back the tears, her proud skating partner Christopher Dean said: “She’s never talked about it in public before.”

Jayne also revealed how her career as a skater affected her chances of conceiving a baby.

“As a couple skating together, it’s easy for the guy to go off and start a family because it wouldn’t affect his skating,” she said.

“Whereas for me, it would have stopped what we were doing. So I left it quite late and I was into my forties by then.”

Jayne admitted she started to consider adoption after meeting a friend who had adopted a little boy.

“She said: ‘Come and see him.’ At that point I wasn’t ready to look into adoption. I was still thinking it was going to happen. And you’ve got to be ready for it, if you want to adopt.

“I said to my husband: ‘I don’t know if I can do this.’ And I went to see this little boy, and I wanted to bring him home.”

Dancing on Ice is on Sunday evenings on ITV.