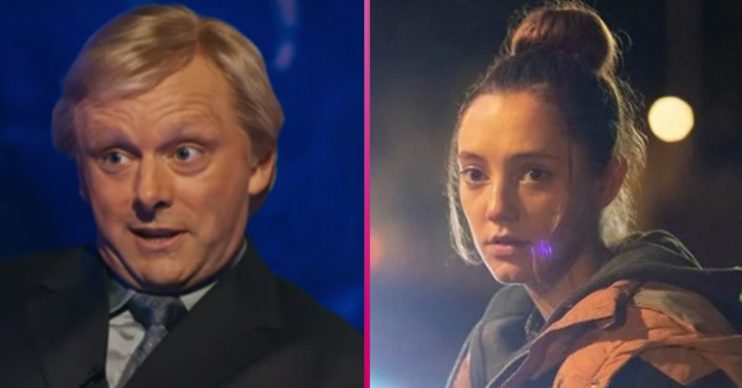 But both lost out overall to Coronation Street

Two powerhouse dramas aired last night as ITV showed the first episode of Quiz and BBC screened the finale of The Nest.

Quiz, starring Michael Sheen as Who Wants To Be A Millionaire? host Chris Tarrant, tells the story of Charles and Diana Ingram (Matthew MacFadyen and Sian Clifford) after the former won £1million on the show.

Charles was later accused of cheating after it was alleged a member of the audience, Tecwen Whittock, had been coughing to indicate the correct answers.

The contestant was then convicted of “procuring the execution of a valuable security by deception”.

The drama follows the Ingrams from Charles’s appearance through to their court case.

Meanwhile, The Nest has had viewers gripped for weeks as young couple Dan and Emily’s attempts to have a baby using surrogate, Kaya, were complicated with murder and intrigue.

The final episode was eagerly anticipated as fans were desperate to find out who the real killer was. They also wondered who would get the baby in the end.

Quiz wins the ratings battle with The Nest

With both dramas airing at 9pm, it was Quiz that won the ratings war, with 5.3m viewers meaning a 24.1 per cent audience share.

The Nest wasn’t far behind with 4.7m people tuning in, equalling a 21.4 per cent share.

Although Quiz won the 9pm slot, both shows lost out to Coronation Street on the night overall as that outing at 7.30pm on ITV scored six million viewers.

Quiz is stripped across three consecutive nights on ITV, and continues tonight (Tuesday, April 14) at 9pm.

Fans of The Nest have already called for a second series of the drama after loving the first.

The show confirmed that despite initially wanting to keep her baby, Kaya decided to give her to Dan and Emily.

It was also revealed that Kaya wasn’t a murderer after all. In fact, her mum had brandished the knife that killed Kaya’s pregnant aunt, Neve.

Kaya had stepped in to save her aunt, but accidentally grabbed the knife and severed a main artery in Neve’s leg.

Evil mum Siobhan had made Kaya take the fall and never admitted her part in the crime.

Where is Emily’s biological child?

Read more: Who are the real-life Quiz characters?

But the one thing that was left unanswered was where is Emily’s real embryo?

It had previously been revealed that the baby Kaya was carrying wasn’t biologically related to Emily, meaning the embryo had been implanted in the wrong person.

So somewhere out there, Emily has a biological child – will series two be about the search for that baby?