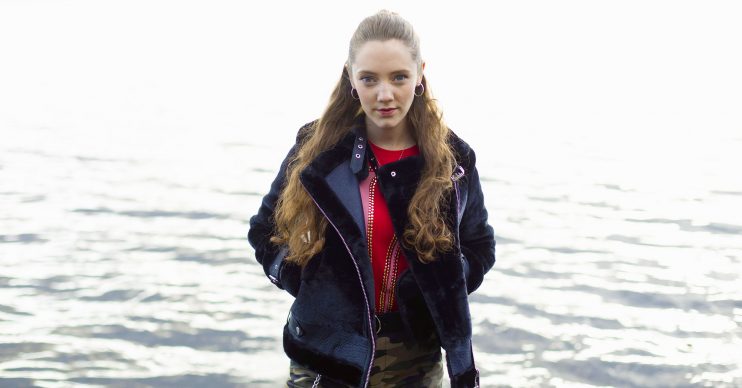 And now everyone wants more!

The final episode of The Nest has left viewers breathless following a series of spectacular twists.

Drama lovers have been gripped by the complex story of surrogacy over the past month.

In Sunday night’s (April 12) penultimate episode, teenager Kaya decided to keep the baby she had carried for wealthy young couple Dan and Emily.

They had earlier discovered the wrong embryo had been implanted into Kaya, meaning they had no biological tie.

And as the carrier, Kaya had the right to be the tot’s guardian.

But Dan heartbreakingly revealed he felt he was the little girl’s daddy regardless.

In tonight’s episode (Monday, April 13), Kaya’s devious mum Siobhan manipulated her into speaking to the press to make out Dan and Emily had exploited her.

That way any hope of them getting custody through a court case would be difficult.

Read more: Where are Charles and Diana Ingram now as viewers become gripped on Quiz?

They lost everything – their last hope of a child, the business and that beautiful house!

But when Kaya’s real identity as Scotland’s most notorious child killer was exposed, she realised there was no way she could bring up a child. And she decided to give her tot to Dan and Emily.

It appeared that the three of them would move forward with a relationship and Kaya would play a part in the baby’s life, as the episode drew to a close.

In another sensational twist (April 13), viewers discovered that Kaya was not a cold-hearted murderer.

All along, viewers knew that she had spent time in a young offenders’ institute for killing a pregnant woman.

However, we finally learned that she had accidentally stabbed her pregnant aunt Neve as she tried to break up a fight between her and her mother.

Siobhan had gas lit her daughter all these years, refusing to take responsibility for causing the tragic death.

And there was one more twist – viewers thought Kaya had killed her ex, Doddy.

But it transpired her social worker James was behind his death!

Series 2 of The Nest?

The finale did not disappoint, with many viewers already begging for a follow-up series.

What an absolute belter of a series #TheNest has been! @martin_compston what an fab actor you are, doing Scotland proud! Please let there be a season 2 👏🏻👏🏻❤️

Nope no absolutely not you cannot leave it there. Series 2 please #TheNest

And the drama’s writer Nicole Taylor has given hope that series 2 of The Nest could happen as she revealed ahead of the denouement that it wouldn’t “be tied up in a bow”.

What did you think of the final of The Nest on BBC One? Leave us a comment on our Facebook page @EntertainmentDailyFix and let us know!

BBC One Drama The Nest