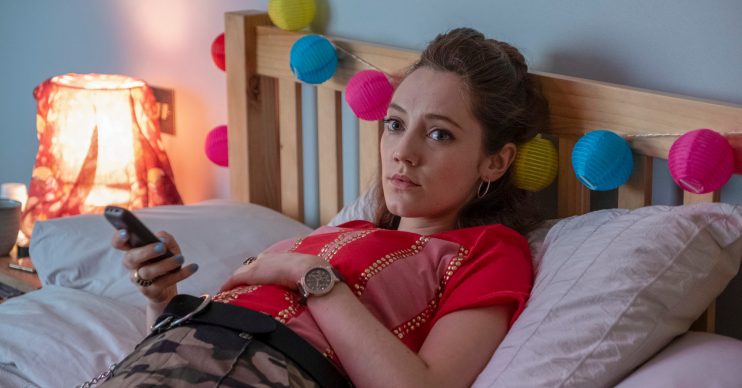 The Nest fans are in for a shock

Fans of BBC drama The Nest have been rightly suspicious of Kaya.

Who is she really and what could the teenager, played by Mirren Mack, possibly be hiding?

It turns out, the truth is far darker than anyone could have imagined.

Who is Kaya in The Nest?

Kaya has been hiding a lot from Emily (Sophie Rundle) and Dan (Martin Compston).

Seven years before she met the couple, she murdered a pregnant woman, killing her and the unborn child.

After killing the woman, she watched her bleed to death before taking her necklace, a cross and chain, which she still wears to this day.

Kaya was then sent to a youth offenders institution.

Following her release, she was given a new identity and moved to Glasgow, miles away from her hometown in the island of Lewis.

It also turns out her mother isn’t dead as she previously claimed – she’s still alive but the pair no longer talk.

Opening up about what it was like to raise Kaya, her mother Siobhan (Shirley Henderson) reveals in a year interview given years earlier that she was a “difficult child”.

“Secretive. Manipulative. That’s what you call it. A hair trigger fuse,” she says.

“I don’t remember a time I didn’t struggle with her. Obviously she couldn’t be near me during the trial.

“She’ll have a new identity when she’s released, but for those of us still living on Lewis, it’s hard. It’s very hard.”

Are Dan and Emily in danger in The Nest?

Kaya is a convicted murderer.

Although that may be in her past, she clearly still has a temper having already previously threatened to kill Dan.

There are also theories that she recently murdered her ex Doddy too, meaning she is still a very dangerous woman.

Kaya, who is 14 weeks pregnant, has been trying desperately hard to hide her past.

But if her secret gets out – and it looks like it’s going to – everything will change.

The Nest is on BBC One every Sunday at 9pm.

This evening’s episode airs at the slightly later time of 9.05pm as the Queen is set to make a five-minute speech to the nation regarding the coronavirus pandemic.