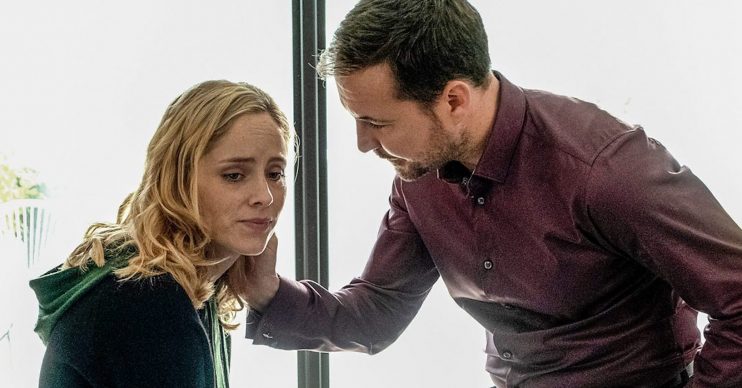 Is this the last we've seen of Kaya, Dan and Emily?

Hit BBC drama The Nest will come to a dramatic end tonight (April 13).

Show writer Nicole Taylor has warned  of an abrupt stop without everything “being tied up in a bow” .

With that in mind, expect to have answers at the end of this evening’s episode and a need for The Nest series 2 because surely this isn’t the end of the road for Kaya, Emily and Dan?

Has The Nest series 2 been confirmed?

BBC bosses are yet to confirm whether The Nest will be commissioned for series 2.

However, don’t panic – this is perfectly normal.

Producers usually wait until the end of a series to analyse ratings before deciding whether a show deserves a second season.

READ MORE: Does Kaya keep the baby in The Nest?

But the demand already appears to be there, judging by the reaction from fans on Twitter.

One post read: “Thank you @martin_compston for the best series in a long time. It’s been gripping and brilliant. Don’t want it to end but I want Dan to be happy with the baby #TheNest.”

Another fan added: “#TheNest is such a well written series!! Didn’t think I’d like it but im hookedRolling on the floor laughingthis is the first show where I honestly have no clue how it’s gonna end.”

Moments later, a third tweeted: “The final episode of #TheNest goes out tonight @martin_compston Sophie rundle Mirren Mack have been nothing short of phenomenal i highly recommend this series to anyone.”

Could this be a sign that The Nest will be renewed for series 2? Fingers crossed.

What has writer Nicole Taylor said about The Nest finale?

Nicole has been careful not to give too much away.

However, The Nest writer has hinted that a huge twist is in store.

READ MORE: Who is Kaya’s mum in The Nest?

“I hope that over the course of the series you will keep switching your allegiances from character to character because no-one is totally transparent,” she told Digital Spy.

The Nest concludes on BBC One tonight (April 13) at 9pm.

If you miss an episode, you can catch up via BBC iPlayer.

BBC BBC One The Nest