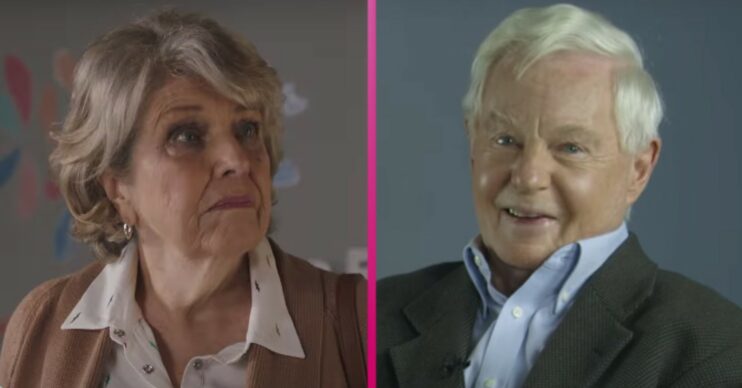 Last Tango in Halifax: Where are the cast of the BBC drama now?

Sadly they're not working on series 6!

Last Tango in Halifax was last on TV back in 2020, just as the pandemic took hold in the UK.

Fans of the BBC family drama by Sally Wainwright still hold out for a sixth series one day.

But with no indication that new episodes might happen, we all have to entertain ourselves with the five series still available on BBC iPlayer.

However, there may be some comfort to be taken from the fact there were four years between the Christmas specials of 2016 and the fifth series.

Last Tango in Halifax has been hailed as a “triumph against TV’s ageism” thanks to excellent leads Anne Reid and Sir Derek Jacobi.

But Sir Derek, 83, previously indicated years before the fifth run that creator Sally – also responsible for Happy Valley, Gentleman Jack and other TV hits – may have priorities elsewhere.

Nonetheless, return it did. And if and until it does return again, here’s what has been keeping Last Tango In Halifax’s regular cast members busy in the meantime.

At 86, Anne isn’t showing many signs of slowing down her superlative acting career.

Years and Years by Russell T Davies was another critical TV hit for her in 2019. She play grandmother Muriel in an all-star ensemble cast showing the UK slide into totalitarianism.

That same year she appeared in multiple episodes of Hold The Sunset and Sanditon.

And even the pandemic didn’t prevent her from working. Since 2020 she’s had roles in Jude Law’s The Nest, action thriller SAS: Red Notice and the forthcoming The Trouble with Jessica.

Likewise, stage and cinematic legend Sir Derek seems to have no regard for any thoughts of retirement.

Some of his film credits since 2020 include The Host, Come Away and Say Your Prayers,

He has also recorded scenes for movies The Martini Shot, A Bird Flew In, Allelujah and Lead Heads, which are yet to be released.

In terms of TV, Sir Derek made his second appearance in Inside No 9, this time playing a dying barrister who struck a Faustian deal.

And he’s also had a memorable showing in Amazon Prime’s Good Omens as Metatron alongside Michael Sheen. Sir Derek will return for the second series, too.

His distinctive tones have also graced Netflix docudrama The Lost Pirate Kingdom, for which he was the narrator. And he’s also narrated six-part series Royals: Keeping the Crown.

Happy Valley fans were delighted in October 2021 when the BBC confirmed a third series of the gritty crime drama.

Also by Last Tango In Halifax creator Sally, six more episodes are expected to air in 2022.

Sarah reprises her role as Sergeant Catherine Cawood – along with the show’s other heavyweight acting stars.

She teased at the time of the announcement: “It’s time to let the dog see the rabbit.”

As if that wasn’t huge enough for fans of her work, Sarah has also been busy with what is expected to be her big break with US audiences.

She’s playing TV chef Julia Child for HBO Max series Julia, which begins airing at the end of this month.

A firm fixture as one of the UK’s finest leading screen and stage performers, Nicola moved on from one of her most admired TV roles as DCI Cassie Stuart in Unforgotten last year.

The ITV drama will continue without her. But she’s hardly wanting for opportunities to keep her busy.

A third series of The Split starring Nicola as divorce lawyer Hannah is coming to an end this month.

She’s also got Marriage with Sean Bean on the way, tipped to be one of the BBC’s standout dramas this year.

And also within the last year she’s starred as another police officer, DI Annika Strandhed, in Alibi’s Annika.

Tony was a familiar face on TV before Last Tango in Halifax thanks to a number of memorable performances.

Among them have been roles in My Parents Are Aliens, The Thick of It and Fresh Meat.

But playing Caroline’s angry ex-husband has brought him a new level of plaudits, demonstrating why he is a favourite of casting directors.

Since series five of Last Tango In Halifax he has appeared in Not Going Out and has played Alec Norman in The Larkins.

And he is another actor who has linked up with Sally Wainwright on her other projects – he plays Mr Sunderland in the second series of Gentleman Jack.

In keeping with his co-stars, Josh has had a busy few years.

While his role as Rob Dawson came to an end when Benidorm ceased, he turned up on the silver screen in 2019 in A Good Woman is Hard to Find.

And he is currently filming his role as Lt. Winifred ‘Pappy’ Lewis in Masters of the Air, an Apple TV+ war drama whose executive producers include Tom Hanks and Steven Spielberg.

The character of Ellie, played by Katherine Rose Morley, joined Last Tango in Halifax in the second series in 2013.

Since becoming a member of the cast, she’s also starred in Channel 4’s The Mill, Vera, Call The Midwife and Jimmy McGovern’s Moving On.

She’s also had prominent roles in BBC Three’s Thirteen and 5Star’s The Clink.

But in the past couple of years, Katherine’s biggest exposure has probably come as a result of playing Keeley in The Syndicate, written by Kay Mellor and also starring Neil Morrissey and Gaynor Faye.

Louis made his TV debut just two years before the first series of Last Tango in Halifax. That came playing Little Dick in The Legend of Dick and Dom.

In 2019 he guest starred in Death in Paradise and also took a main role in The Bay as Sam Hesketh.

Louis also has a part in the upcoming Masters of the Air, playing Capt. Joseph Payne.

Before Last Tango in Halifax, Dean was probably best known for playing Ray Carling in Life on Mars and Ashes to Ashes.

He wasn’t involved in series 5 as – this isn’t a spoiler, it aired six years ago – his character Robbie left West Yorkshire for Canada after he found out his partner Gillian killed her ex, his brother Eddie.

Since Robbie’s departure, Dean has appeared in Karen Matthews drama The Moorside, Delicious and London Kills.

But his most prominent role has been in Emmerdale, where he has played Will Taylor since 2019.

Unfortunately, there is no chance of a return for the character of Kate, played by Nina Sosanya.

That’s because she was killed off in the third series.

And even though Nina already had a stellar acting career before playing Kate, she’s since thrived in Marcella, W1A, Women on the Verge, Killing Eve, HBO’s His Dark Materials and Screw.

John picks up with Judith after his marriage to Caroline collapses – but their relationship is far from plain sailing.

Ronni, meanwhile, will always be associated with her various appearances as an impressionist, particularly alongside Alistair McGowan.

Since the fifth series of Last Tango in Halifax, some her most noteworthy TV appearances have come in celebrity game shows.

She took part in the Christmas 2020 special of Who Wants to Be a Millionaire? and won Pointless Celebrities in January 2021 with Jan Ravens.

Ronni was also a contestant on House of Games in early 2021.

Another illustrious bit of casting – and in a relatively small role – has seen Timothy turn up as Alan’s brother Ted.

He first appeared in Last Tango in Halifax in 2013. But returned for the fifth series for more episodes as Ted decided he wanted to move back to the UK from Australia.

Read more: Netflix fans convinced cast of 356 Days are having sex for real

Since his first stint, Timothy has taken a tour of British soaps, taking on brief roles in both Coronation Street and EastEnders.

The same period also saw him bring his acting mastery to Inside No 9 and Toast of London.

And since 2019 he has also played Jeremy Lister in Gentleman Jack. He will reprise the role when it returns for a second series in April 2022.