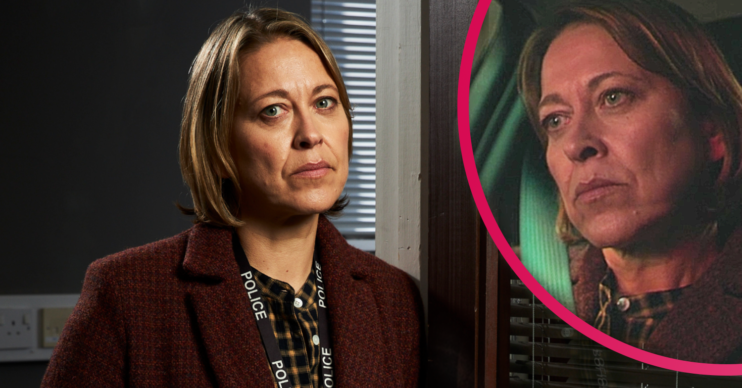 They couldn't believe what they watched!

Unforgotten viewers were in bits after Cassie was involved in a car smash in last night’s shocking end to episode five (Monday March 22) and are now dreading the final.

The show has taken fans on a rollercoaster ride as DCI Cassie Stuart and DI Sunny Khan hunt for the killer of Matthew Walsh.

However, no one was prepared for the final scenes in the episode last night.

What happened to Cassie in Unforgotten last night?

As Cassie and Sunny made some breakthroughs in the case, Cassie also had some personal worries on her mind.

After finishing up at the station for the night, she was avidly checking her phone to see if she had received any messages from her dad.

The two were at loggerheads and Cassie was keen to make amends as her dad’s dementia worsened.

However, there was an almighty shock after she checked her phone one last time while waiting at some traffic lights.

She drove off but was ploughed into by another car.

This leaves a huge question for next week’s series finale: will Cassie survive the crash?

Oh. My. Days!!!
How am I expected to function for an entire week without knowing what happens next?! 😳@TVSanjeev and @NicolaWalkerHQ
deserve every award and plaudit under the Sun for this series! 👏#Unforgotten @ITV

Noooo! I had a feeling something was going to happen but wasn't expecting that 😦. Looking forward to next week but really don't want it to end #Unforgotten @ITV

#Unforgotten Just let out a squeal of shock at the end 😱

#Unforgotten feeling traumatised by all the tension in that episode😬😬😬

How did viewers react after last night’s shocking events?

After the shocking scene, it didn’t take long for viewers to take to Twitter to share their horror.

“How am I expected to function for an entire week without knowing what happens next?!”

Noooo! I had a feeling something was going to happen but wasn’t expecting that!

Another said: “Noooo! I had a feeling something was going to happen but wasn’t expecting that!

“Looking forward to next week but really don’t want it to end #Unforgotten.”

A third commented: “#Unforgotten feeling traumatised by all the tension in that episode.”

What’s going to happen next week?

With the series finale looming next week, the question is whether Cassie survives.

ITV is naturally playing its cards close to its chest.

However, the official synopsis reads like this: “Despite a tragic turn of events, Sunny and the team narrow down the suspects.

Read more: Unforgotten: How many episodes left and what do we know about them?

“Will they find conclusive proof of who the murder weapon belonged to and succeed in bringing Walsh’s killer to justice?”

That doesn’t sound good for Cassie.