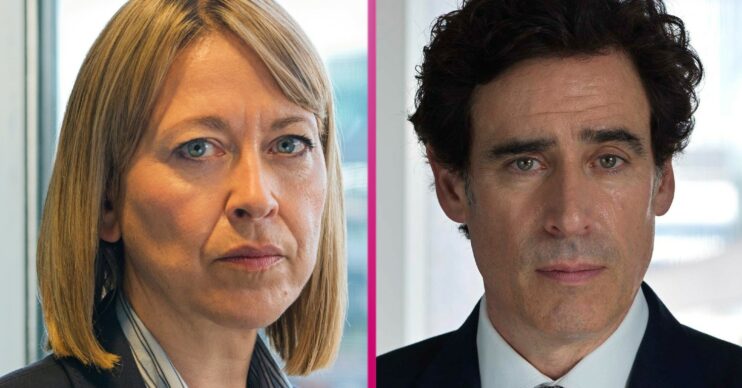 The Split ending explained, and why series 3 is the last ever

Is it happy ever after for Hannah and Nathan?

If you’re a fan of The Split, you’ve probably already binged the third and final series – so here’s the ending explained.

The last ever episode of the BBC One drama is some of the best TV you’ll ever see.

It’s bittersweet and doesn’t deliver the happy ending some viewers might have liked.

So what happened at the end of The Split series 3, did Hannah and Nathan get divorced and why is it not coming back?

***Warning: spoilers from the ending of The Split series 3 ahead***

The Split ending explained – did Hannah and Nathan divorce?

In episode 6 of The Split series 3, viewers finally discovered if Hannah and Nathan would stick together.

Sadly for us die-hard romantics, they split up for good.

We’re not ashamed to reveal that we cried buckets.

Damn it, we wanted them to stay together!

Of course we know that Hannah made the right choice – and it was very much HER decision.

After several episodes of wanting Nathan back, Hannah finally realised that their marriage was “broken” for good.

Hannah encouraged Nathan to move on with his new girlfriend Kate, and to embrace their new life together – including their unborn child.

It was heartbreaking, but the clue was always in the title of the series – The Split!

In touching scenes, the former couple agreed to divorce amicably.

During the closing seconds of The Split, Hannah breaks the fourth wall – by that we mean, she looks directly at us, the viewer.

Hannah smiles, telling us she’s going to be just fine.

We were never in any doubt Hannah!

Did Hannah and Christie end up together in The Split?

Hannah and Christie do NOT end up together at the end of The Split.

Although the door is left open.

Hannah tells Christie she doesn’t want to leave her kids and start a new life with him in New York.

But she says he could return to the UK and progress from there.

We’ll never know if Christie makes the decision to be with Hannah.

However, we think Hannah is way better off without him!

Is it just us who think he’s as slimy as a frog with a cold in a rainfall?

Whether you wanted Hannah and Nathan to stay together or not is a divisive topic.

But one thing ALL The Split fans will surely agree on is how much we love Rose.

Hannah’s younger sister was the secret star of the show in series 3.

She tragically lost her husband in an accident at the end of episode 1.

Viewers were heartbroken as Rose was forced to carry on without the love of her life.

She found solace by visiting James’ grave, which in turn bought her closer to the local vicar Glen Peters.

There’s even a hint of romance between the two, although we have to argue that is was way too soon!

Rose and Glen remain friends at the end of series 3, although there is the possibility of romance in the future.

What happened to the rest of the Defoe’s at the end of The Split?

Nina Defoe was left devastated by the betrayal of Tyler.

But she had her sisters and mum around her to help.

In fact, for the first time in a long while, all three sisters were single.

Zander forgave Nina for having an affair with his husband, realising that they had both been duped.

She was able to continue working for the firm.

Meanwhile, mum Ruth was the only one who truly got a happy ending.

She married Ronnie in slushy, sentimental scenes that bought the family together for the last time ever on our screens.

Hannah’s daughter stayed with her latin lover, told her mum she didn’t want to study law and was off travelling instead.

Instead of running away from her marriage and Motor Neurone Disease diagnosis, she made a living will with help from Hannah.

Will there be a fourth series of The Split? Why is series 3 the last?

There will not be another series of The Split.

The BBC confirmed that the third series is the final series.

Creator Abi Morgan previously said the show “has always been conceived as three”.

She said: “It was always the plan and in fact I don’t think I’m saying anything out of turn here, the BBC would have loved us to have gone on really.

“But I always conceived it as three.”

Abi added: “The Split was meant to be about the legacy of the split, and season 1 is really Hannah reflecting on her childhood and the legacy of her parents’ divorce, and then 2 was about the affair.

“And then 3 is really about Hannah facing her own divorce. So I’d always considered it as three.

“If I bought the characters back, it would be a different show.”

The Split series 1 to 3 are currently available to watch on BBC iPlayer.

What do you think of The Split ending? Leave us a comment on our Facebook page @EntertainmentDailyFix.