Emmerdale's Moira Dingle and Nate Robinson shared a sexually-charged scene last night, that left viewers in no doubt that the pair are heading towards a steamy affair.

On Thursday (July 4), Moira got a shock when she returned home to find Nate wandering around with very little on indeed. 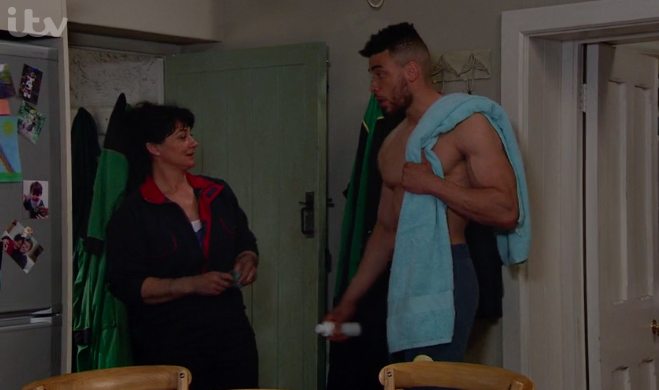 Moira did not know where to put her eyes (Credit: ITV)

Expressing her surprise, she demanded to know exactly what Nate was doing in her home with no clothes on, and he casually replied he'd had a shower there because the shower in his caravan needed fixing.

But, reader, we smell a rat.

Nate clearly had an ulterior motive as he stayed and chatted to Moira with his top off, even removing the towel from across his shoulder at one point so she could take a good look at his six-pack. Which she did. 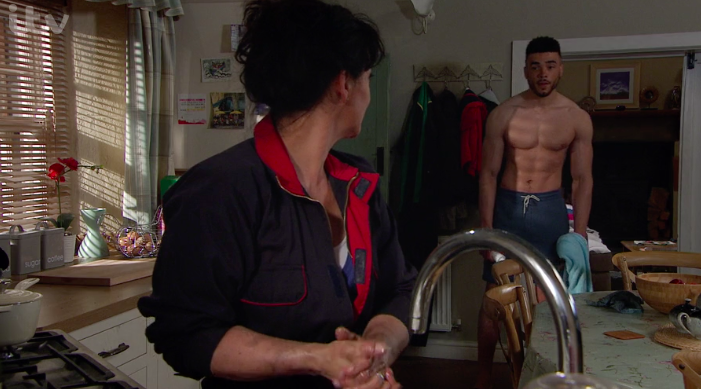 We'd pay good money to see Cain's face if he walked in on this! (Credit: ITV)

While she told him to shower elsewhere in future, and tried to busy herself with some very urgent washing up, it was clear that the pair had sexually chemistry between them.

But are his intentions honourable? We reckon no!

Moira and Nate are definitely going to get it on, aren't they? The tension is so obvious.

It's not the first time scriptwriters have teased their upcoming affair, as the pair shared a highly-charged moment when their hands touched over a mobile phone. No euphemism intended.

And, earlier this week, Moira seemed to sabotage Nate and girlfriend Amy's relationship. 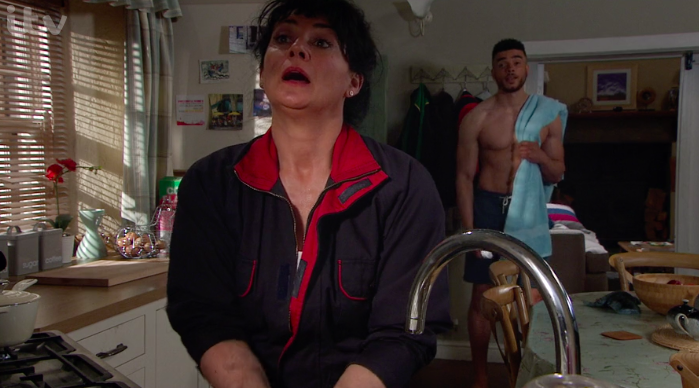 Last month, The Sun Online reported that Moira will soon embark on an illicit affair with newcomer Nate - who has already snogged Rhona Goskirk, had a one-night stand with Tracy Metcalfe, and is now romancing Amy Wyatt.

And, if bad boy Cain finds out, we can't imagine Nate will have a very long life-expectancy.

A soap insider told the website: "Moira and hunky farmhand Nate give in to their feelings for each other and end up in bed together."

They continued: "It kicks off a steamy affair behind Cain and Amy's backs. It's going to be a huge test for Moira and Cain's relationship." 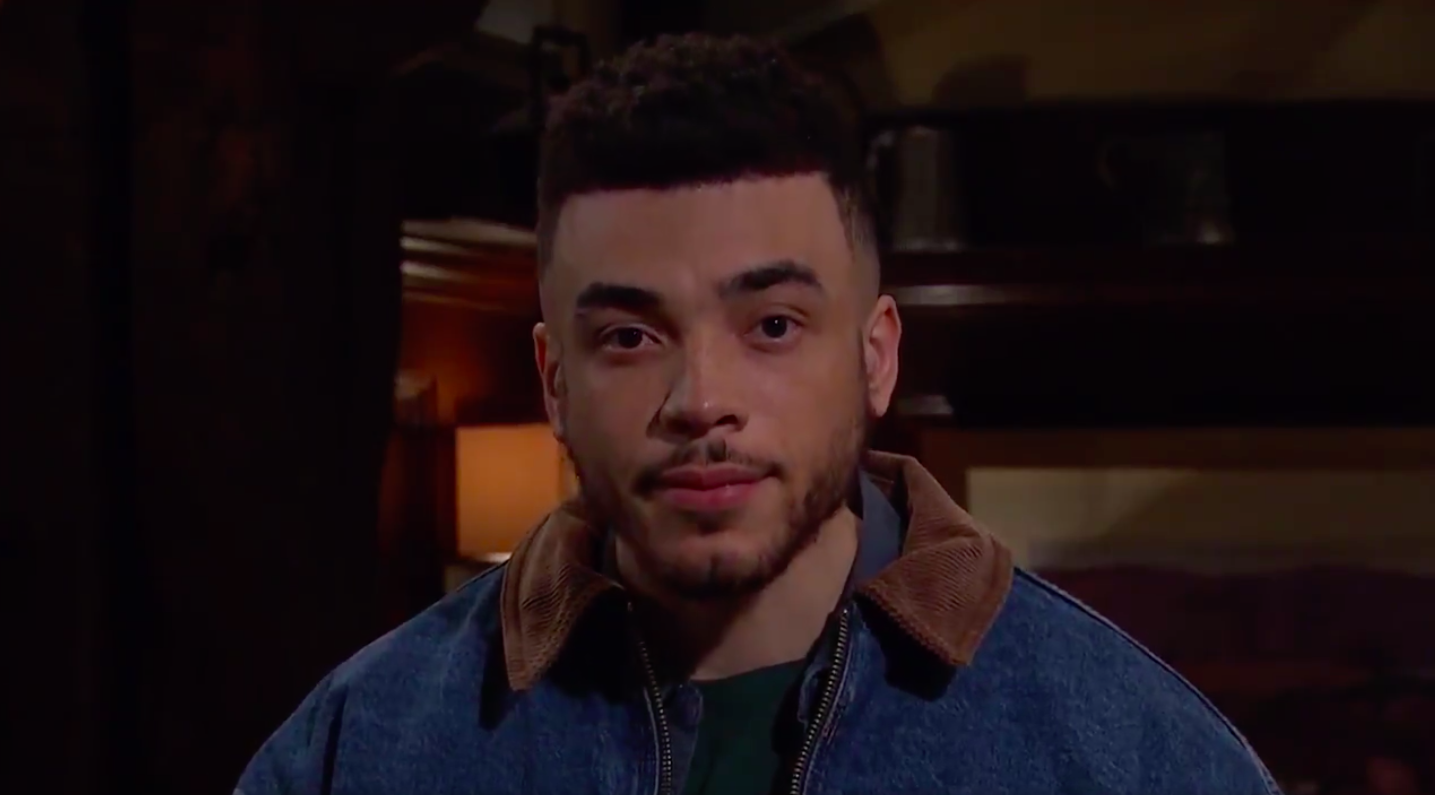 Here at ED! we revealed that some fans predict Nate's apparent obsession with Moira is deeper than that of lust.

Conspiracy theorists believe that Cain is Nate's dad and the newcomer has arrived in the village to seek revenge for how Cain treated his mum.

Fans of Emmerdale were quick to comment on the saucy post-shower scene, with one tweeting: "Moira has the hots for Nate."

A third typed: "Damn, the attraction between Nate and Moira is intense."

Moira and Nate are definately going to get it on aren't they.. The tension is so obvious #Emmerdale

Moria has the hots for Nate

"Moira and Nate are definitely going to get it on, aren't they? The tension is so obvious," said one more.

However, many viewers have slammed Nate as "creepy" and are furious with the ITV soap for writing another cheating storyline for Moira, preferring her to stay true to Cain.

All will be revealed... Probably by Nate, next time he feels the need to have a shower at Moira's house.