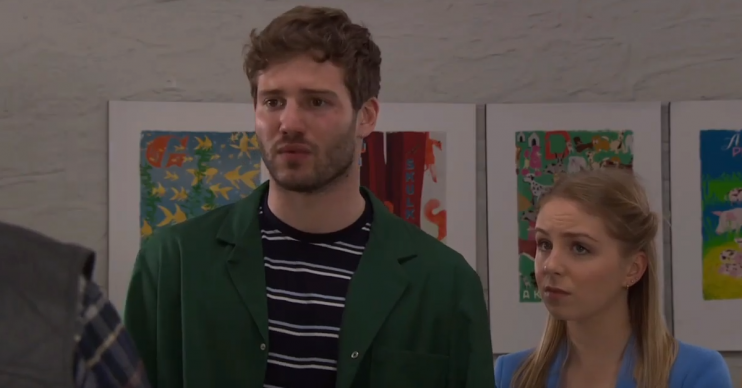 Belle and Jamie slept together the night Graham was killed

Viewers of Emmerdale have predicted Belle Dingle will fall pregnant with Jamie Tate’s baby after their one-night stand.

In last night’s episode of the soap (January 29 2020) it was revealed that on the night of Graham’s murder, Jamie and Belle slept together.

The pair planned to keep their encounter a secret, as Jamie didn’t want to complicate things with wife Andrea, who he’s split from.

He also didn’t want to ruin Belle’s relationship with her boyfriend Ellis.

However, Andrea told the police that she and Jamie were together the night of Graham’s death and Jamie was worried she would find out where he really was.

Despite trying to keep it a secret, viewers think Belle will fall pregnant meaning the truth will definitely come out!

I think Jamie will sleep with Belle, Belle will end up pregnant & Andrea will be fuming. #Emmerdale

Belle and Jamie end up sleeping 😴 together, Belle being pregnant 🤰🏼 by Jamie! Then it would be the Tate & Dingles!!!#emmerdale 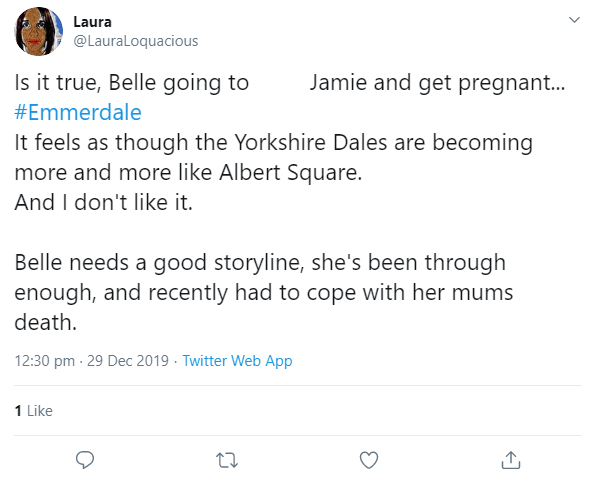 Last year, viewers started to pick up on chemistry between the pair.

On Christmas Day, Jamie found out Andrea had been hiding a huge secret from him: there was a possibility Millie wasn’t his daughter.

Although a DNA test proved that Jamie was Millie’s dad, he split from his wife, unable to forgive her.

I’m guessing Belle will find out she’s pregnant after her one-night stand with Jamie.

After finding out about Graham and Andrea, Jamie was consoled by Belle.

Viewers have since begged for the vet and his co-worker to get together, despite Belle being in a relationship with someone else.

A few weeks ago, viewers thought Jamie and Belle had slept together off-screen when Belle got annoyed with Jamie for giving Ellis advice.

Will Ellis and Andrea ever find out the truth?

Do you think Belle will fall pregnant? Leave us a comment on our Facebook page @EntertainmentDailyFix and let us know what you think!