Few Emmerdale youngsters have had it tougher than Belle Dingle.

She's been in prison, struggled with her mental health, fallen in love with a serial killer and lost her mum.

Played since 2005 by Eden Taylor-Draper Belle is smart, sensitive, fiery and funny.

As our history shows Belle's choice in men has been pretty rubbish but we have no doubt there is someone decent out there for her.

Who are Belle Dingle's mum and dad? 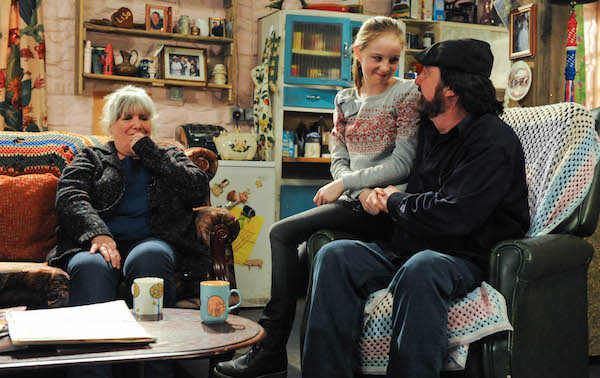 Tinkerbelle Lisa 'Belle' Dingle is the only child of Zak and Lisa Dingle. She is Zak's youngest child of seven and Lisa's first.

As Lisa's little girl Belle can do no wrong which has made her tragic loss on the day of her mum and dad's second wedding all the more cruel.

Belle's greatest fall-out with her dad was when he left Lisa for Joanie Wright. A Dingle court banished Zak from the family and Belle stuck by her mum.

Now Belle faces a future with just Zak and the rest of the clan.

How old is Belle Dingle? 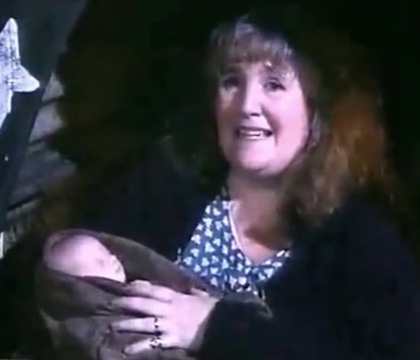 Belle will be 21 on Christmas Day 2019. She was born in a pigsty at Wishing Well Cottage, delivered by vet Paddy Kirk who was tending to a sick pig.

The pigsty was one of the last places Belle spent quality time with her dear mum on her fateful second wedding day.

Never let it be said that Belle's birthdays are dull. On her sixth she saw Tom King fall to his death having been pushed off the balcony by son Carl.

On her 17th Belle announced to the whole Dingle clan that her dad was cheating on Lisa with Joanie.

Her 21st without her beloved mum is going to be a tough one.

Who are Belle Dingle's siblings? 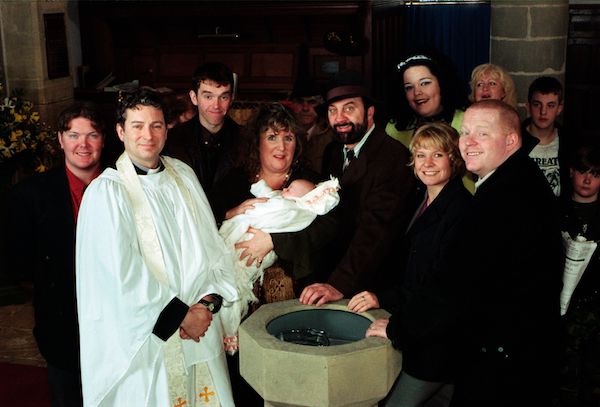 Nathan is the stuck-up one Zak had with Nellie Dingle. He has never been seen. Ben (Steve Fury) was a tearaway who died of a heart defect in 1994.

Butch (Paul Loughran) was a bully whose first wife was his cousin Mandy (Lisa Riley) and second wife Emily Wylie (Kate McGregor) before he died in a bus crash in 2000.

Tina (Jacqueline Pirie) has not been seen since 1996 when she was involved in a love triangle with Frank Tate and Steve Marchant.

Belle has always had a good relationship with Sam (James Hooton). When she was charged with the murder of her mate Gemma Sam ran away with Belle to help her escape a prison sentence.

Her relationship with Cain has been more fraught as Cain is almost as protective of Belle as Zak is.

Where was Belle Dingle educated? 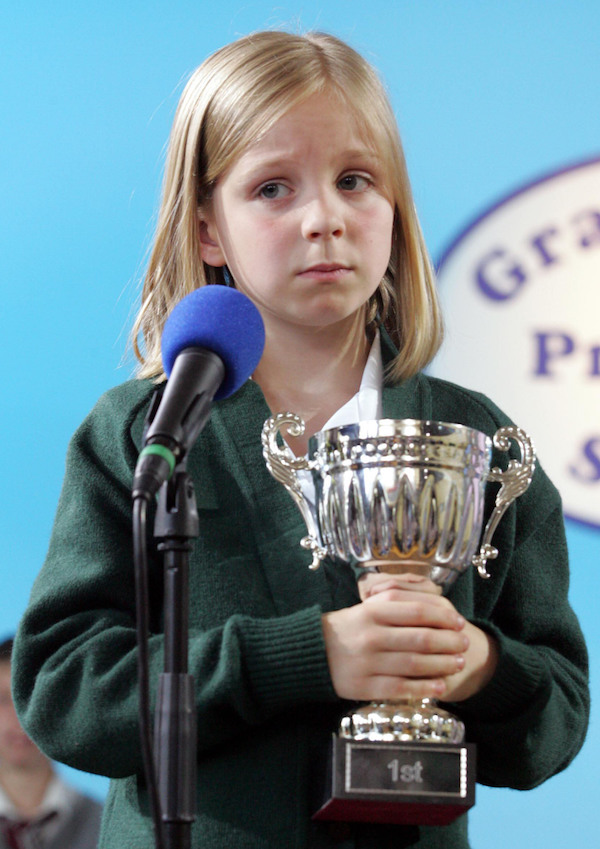 Ace student but there were troubles ahead (Credit: ITV/REX/Shutterstock)

Belle was the first Dingle ever to go to private school. She passed her entrance exams with 98% but that still left Zak and Lisa having to pay £2,000 a term.

Tom King's widow Rosemary (Linda Thorson), who employed Zak as gamekeeper at Home Farm, offered to pay the rest of the school fees.

Lisa's concern was that Belle would forget her Dingle roots. This proved to be the case when she was too embarrassed to have her schoolmates over to stay.

After more money struggles in 2008 the family swiped manure from Emmerdale Haulage to pay for her schooling.

When Matthew King snatched the money they'd made Belle covered his car in manure. She was a Dingle after all.

Who was Belle Dingle's first boyfriend? 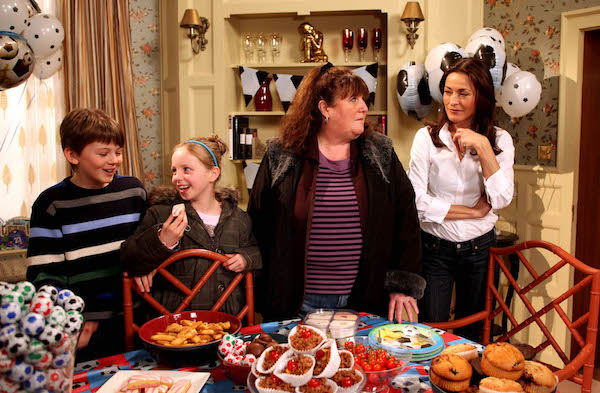 With a dad as protective as Zak it's a miracle Belle has managed to get anywhere near a lad.

When she was 11 she had a crush on Will Wylde who she declared her love to before he left the village after his mum Natasha murdered his dad Mark.

Her first real boyfriend was Dan and Ali Spencer's son Sean who she kissed on her 13th birthday. Sean messed that up by snogging Ruby Haswell.

Then came Luke Salter, an ex of Belle's mate Gemma Andrews. Belle really wanted Luke to be the first boy she slept with but cousin Debbie grassed them up and Lisa put a stop to it.

One of Belle's most traumatic moments was when she tried to impress another lad, Sean Spencer's mate Thomas King, by sending him a suggestive photo and a spurned Sean posted it online.

Read more: About the rest of Emmerdale's award winning cast of 2019 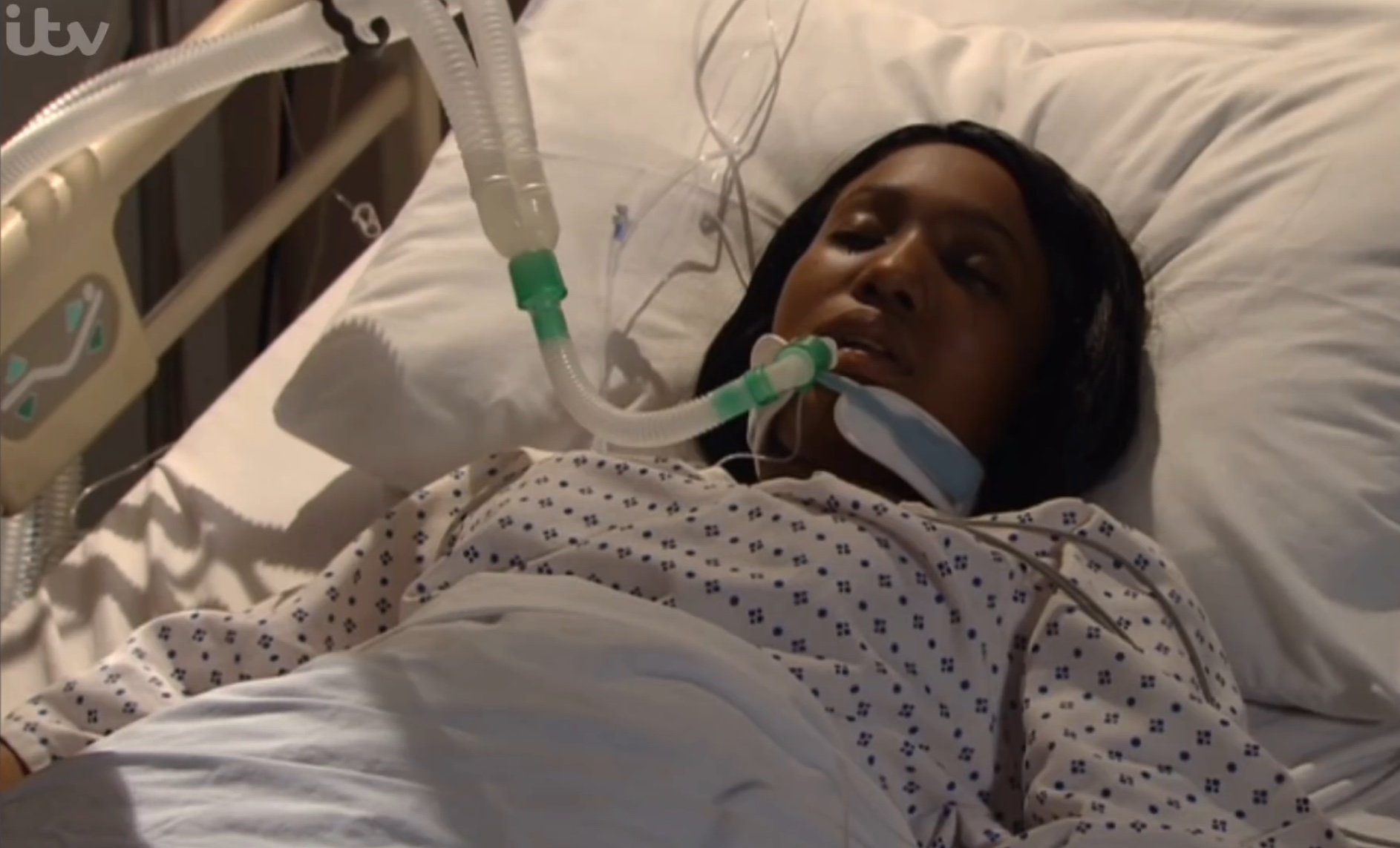 Belle didn't realise how serious it was as Gemma got up again before collapsing after Belle stormed off.

Belle was charged with Gemma's murder and sentenced to three years, reduced to one, in a detention centre.

During her time inside Belle started to hear Gemma's voice in her head. When she was released Gemma's voice made Belle do things against her will. 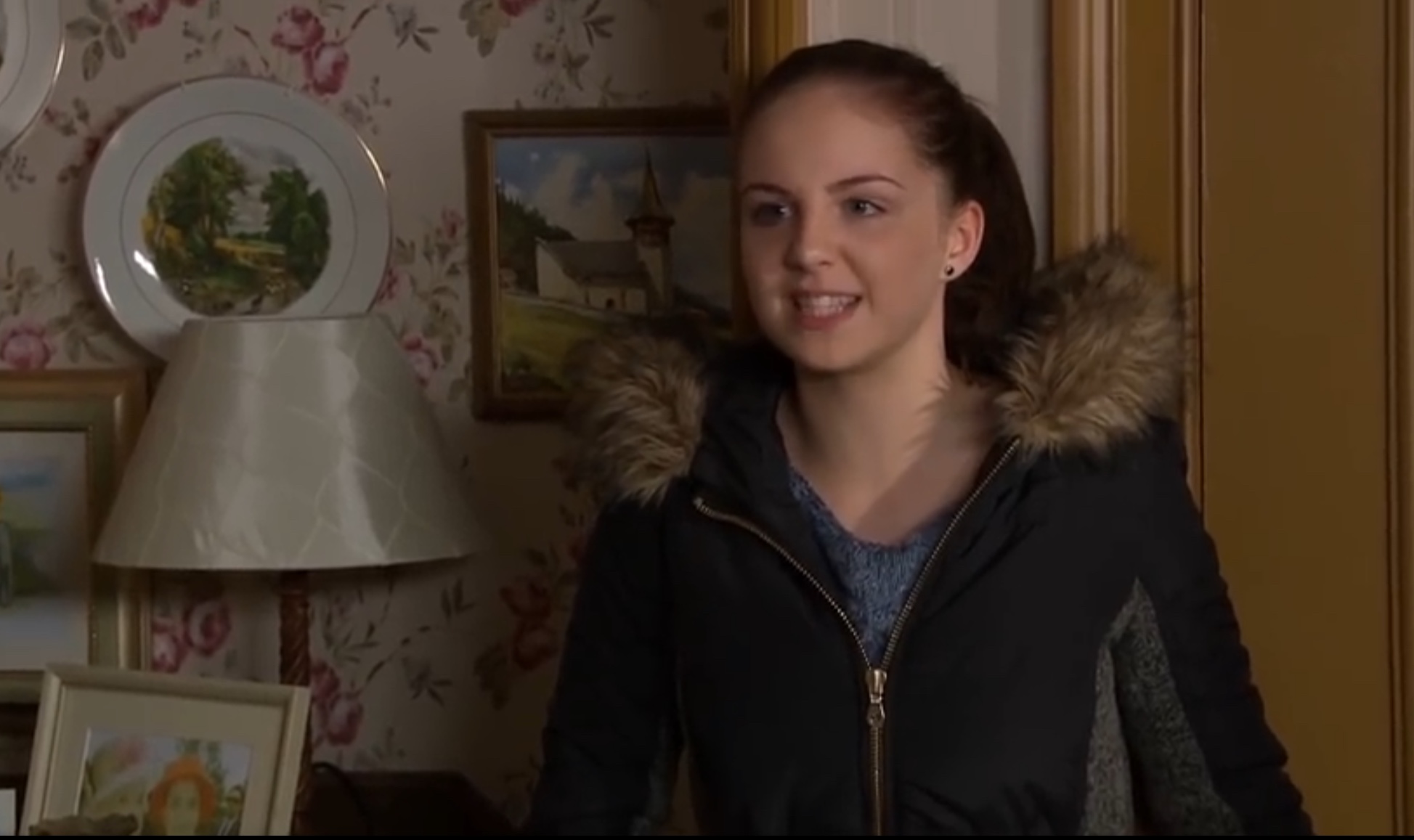 The voices made Belle do it (Credit: ITV/YouTube)

After her release from young offenders Belle did all sorts of harm to herself and others. She wrote "Murderer" on the side of her own home, trashed Enda Birch's house and self-harmed.

After 'Gemma' told Belle to run down Zak she broke down and told her mum and dad what she had been going through.

Belle then tried to kill herself in the barn where Katie Sugden was pushed to her death by Robert Sugden but she was saved by Cain.

Belle was sectioned and diagnosed with schizophrenia for which she was treated.

When was Belle Dingle's affair with married doctor Jermaine Bailey? 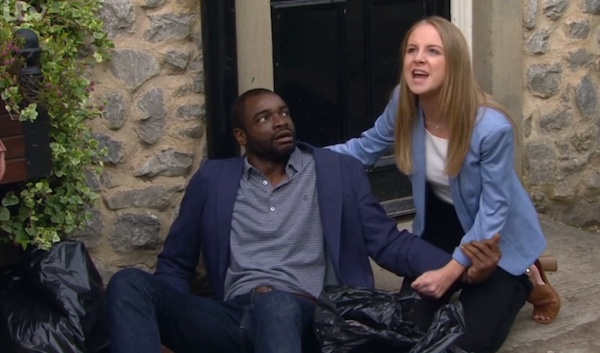 Belle tries to do a runner with Dr Bailey (Micah Balfour) (Credit: ITV/YouTube)

It started when Belle cut her hand on a piece of glass and was tended to by Dr Bailey (Micah Balfour). Although married, he asked her out on a date.

It was almost over before it started when they got together in the sweet factory and caused a fire with a mood candle. Then when Jermaine treated Lisa for angina he discovered Belle was only 17.

When Jermaine's wife Angie discovered the affair the doc got the sack but Belle kept their relationship going by faking a pregnancy.

The stress of it all started Belle hallucinating again. After Angie revealed Belle was lying, she had another breakdown and went missing before being sectioned again.

What happened to Belle Dingle and Lachlan White? 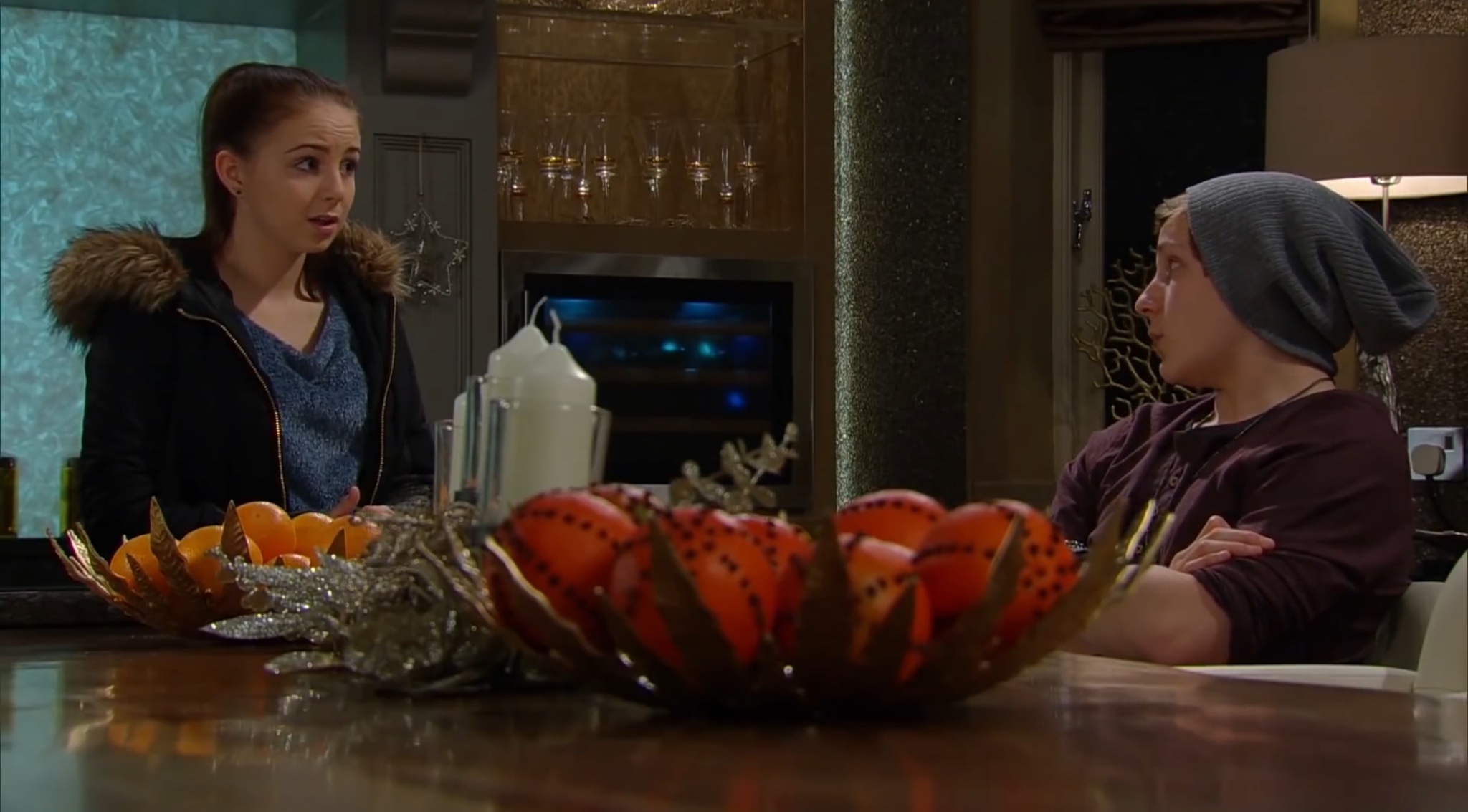 Belle makes Lachlan an offer, in spite of of his beanie (Credit: ITV/YouTube)

Lachlan first gravitated towards Belle when she was having psychotic episodes and hearing Gemma's voice in her head.

Initially he was going to blackmail her for vandalising Edna's house. Belle offered to sleep with him to buy his silence but instead they became friends.

Lachlan developed stronger feelings for Belle when she started dating Dr Bailey. He smashed up the doctor's house with Belle but she got the blame for it.

Lachlan and Belle grew close when they started the home brew business Whingles Ale together.

Lachlan grew resentful when Belle was offered a job in London by investor Freddy who Lachlan nearly bludgeoned with a rock before Belle changed her mind.

It was only when Belle caught Lachlan with Sam Dingle's blood on his sweater that she finally realised what she was dating.

Belle tricked him into thinking she would run away with him then locked him in his car. In an ensuing chase Belle was knocked down by Robert Sugden's car but Lachlan was arrested. 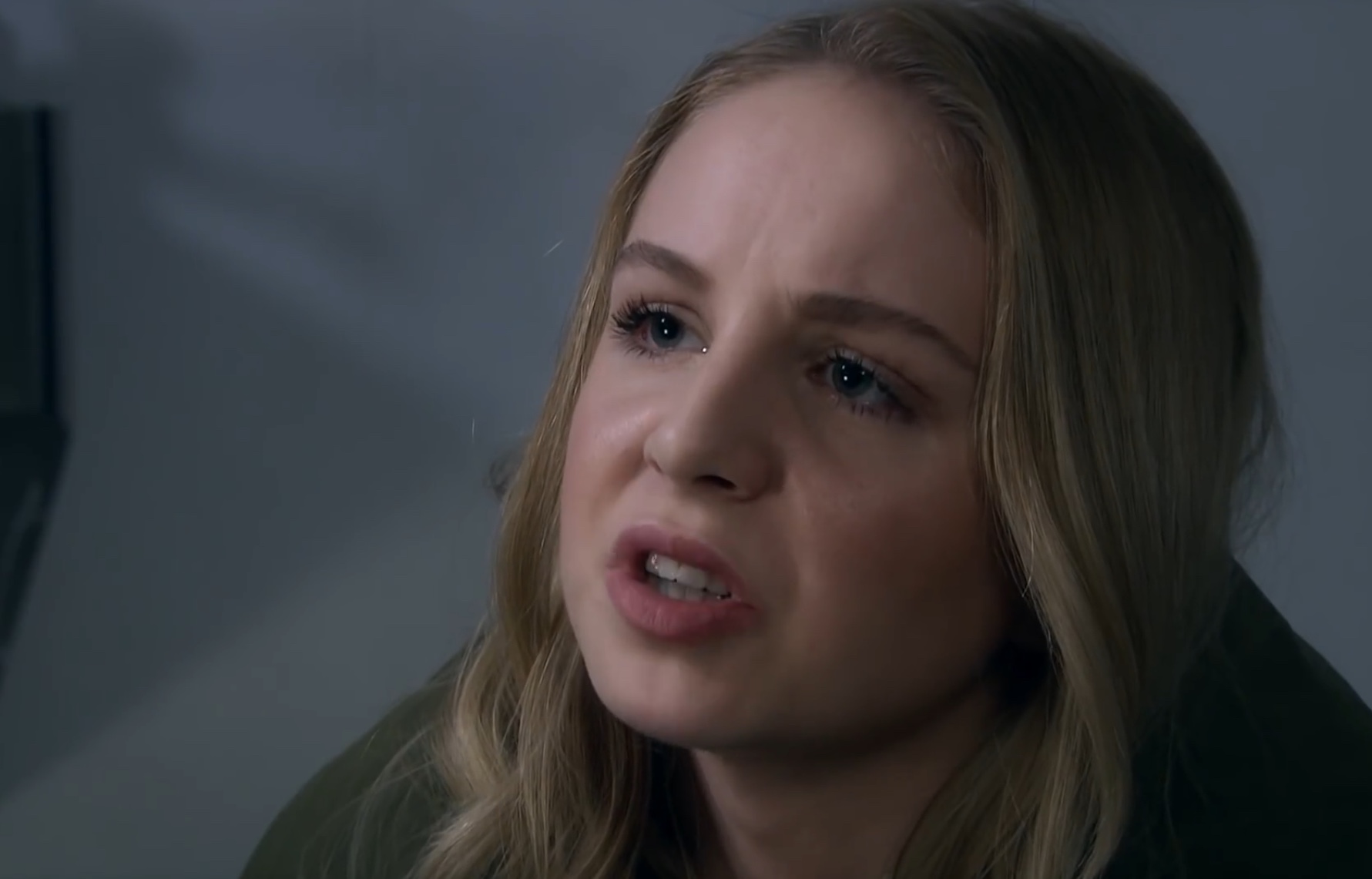 "You tried so hard to destroy me. You're not sorry for anything. But it's over. You've got nothing left.

"You know what the difference between me and you is? Family. Mine might be all I've got but we love each other and we stick together." – Belle bids farewell to Lachlan in his prison cell.

What is your favourite Belle moment? Leave us a comment on our Facebook page @EntertainmentDailyFix and let us know what you think 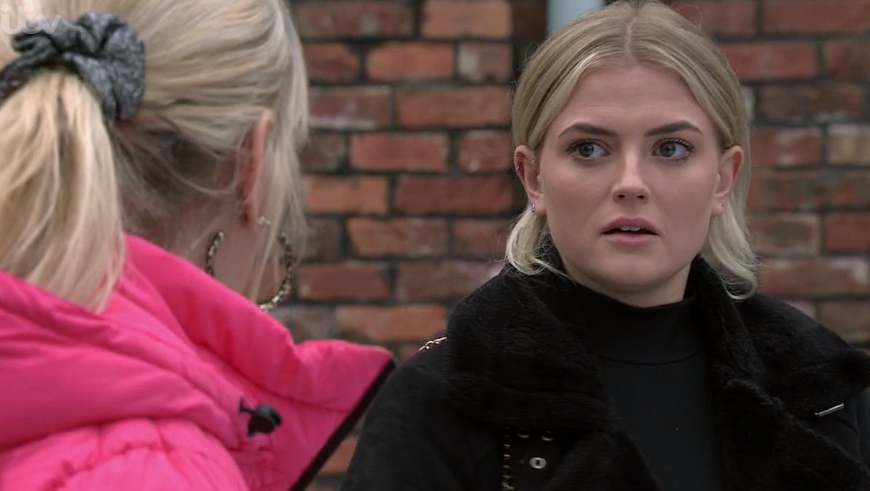