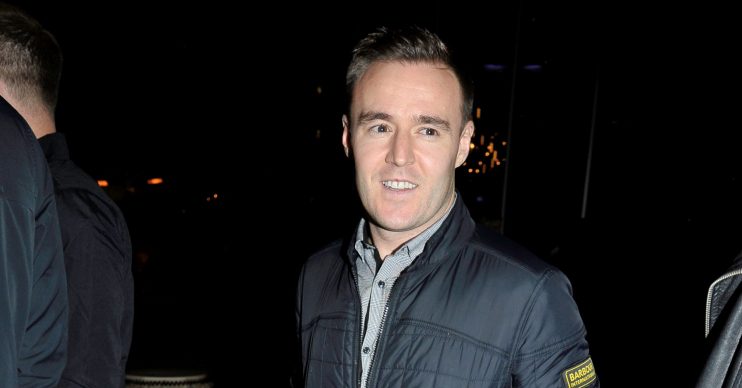 McDonald's is currently shut due to the coronavirus pandemic

Coronation Street’s Alan Halsall created a homemade McDonald’s meal for his daughter Sienna, as the fast food chain is shut during the coronavirus pandemic.

Alan, who plays Tyrone Dobbs in Coronation Street, posted a picture of his homemade Maccies to his Twitter account.

When Sienna wants a McD but we’re in lockdown ! #McDaddy ♥️ pic.twitter.com/tu9LRCPEKd

Alongside the picture he wrote: “When Sienna wants a McD but we’re in lockdown! #McDaddy.”

In the little cardboard box, Alan made a batch of chips in a paper bag which had an ‘M’ and ‘Sienna’ written on it.

He also included chicken nuggets, a small pot of tomato sauce, a fruit shoot and a toy.

Alexandra Mardell, who plays Emma Brooker in Coronation Street, tweeted: “This is so cute!”

Sally Carman, who plays Abi Franklin commented: “You are too much.”

One fan wrote: “This is so gorgeous! You made me cry!”

Alan’s really made it!

However, other fans were more impressed with Alan’s mini tomato ketchup jar!

They joked he was super-posh now and had ‘really made it’!

“Check you with your individual jars of ketchup!” said one.

“How posh is that ketchup. Beats the real thing easily,” said a third.

A further fan joked: “I’m lovin it but don’t think the ketchup is that posh in Maccys! Who knew you could get it in a glass jar?!”

“How posh are you Ty! Pots of Tommy K!” said someone else.

And one more agreed: “You know you have made it in life when you have small jars of ketchup!”

On Monday, March 23, McDonald’s shut their thousands of restaurants across the UK, in order to prevent the spread of coronavirus.

When Sienna wants a McD but we’re in lockdown!

McDonald’s isn’t the the only business to close its doors as thousands of pubs, restaurants and other businesses have also shut down.

Schools across the UK have also been closed in order to prevent the spread of the deadly virus.

What soaps have been affected by the coronavirus pandemic?

Coronation Street and Emmerdale have reduced the number of episodes airing to three a week.

As of today (Monday, March 30) both will air on Mondays, Wednesdays and Fridays with Emmerdale at 7pm and Corrie at 7.30pm.

Recently ITV denied reports that Coronation Street and Emmerdale will stop airing over the summer.

Has your workplace been shut because of coronavirus? Leave us a comment on our Facebook page @EntertainmentDailyFix and let us know what you think of this story.