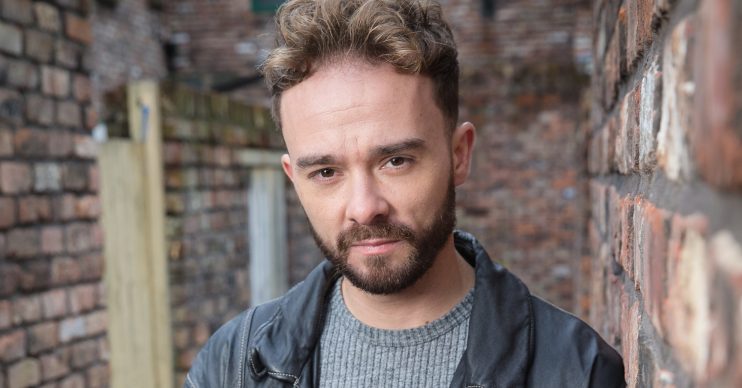 David is dealt another blow in tonight’s Coronation Street (Monday, March 30) when he learns he’s unable to divorce Shona.

In a preview clip posted to Coronation Street’s official Twitter page, David is in Roy’s cafe and Gail starts to question him about Shona wanting a divorce.

Gail asks her son if he thought any more about what Shona wants, but he tells her he isn’t sure what to do at the moment.

Soon Imran comes in and David asks for some legal advice.

David tells the solicitor that Shona wants to end their marriage. However instead of being upset, David tells Imran he just wants to get it over with and move on.

But when David reveals they’ve only been married for five months, Imran tells him they need to be married for at least a year before they can divorce.

What else happens for David in this week’s Coronation Street?

It looks like there’s more trouble up ahead for David when he ends up getting attacked.

After Gail finds out David has been seeing Alina, David ends up storming out.

As he wanders the streets, drinking, a group of muggers grab him and drag him into an alley before pulling out a knife.

Luckily he manages to get away and escapes using a fire escape.

But when he makes it home, he doesn’t tell Gail or Nick about what happened.

Later in the week, David finds Alina and apologises for using her. They both agree they need a fresh start.

Is this a turning point for David, or will he continue on his downward spiral?

Would you like to see David and Shona stay together? Leave us a comment on our Facebook page @EntertainmentDailyFix and let us know what you think!