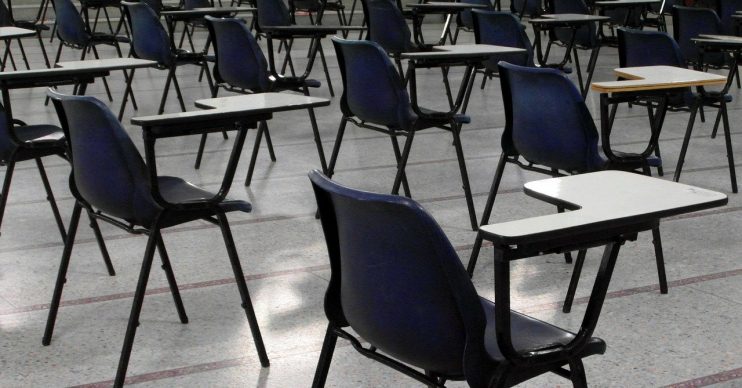 Coronavirus crisis: All UK schools to close until further notice

It's not known yet when schools will reopen

All UK schools are set to close in a bid to slow the spread of the deadly coronavirus, the Government has announced.

Speaking in the House of Commons this afternoon (Wednesday, March 18), Education Secretary Gavin Williamson confirmed the move, which he said is an essential step in the UK’s fight against COVID-19.

He said: “It is clear that schools are increasingly finding it more difficult to continue as normal… I want to provide parents, students and staff with the certainty that they need.  After schools shut their gates on Friday afternoon, they will remain closed until further notice.”

It follows the news earlier today that all schools in Scotland Wales are closing this week over the outbreak.

Wales’ schools will shut down by Friday (March 20), the Welsh Government announced this afternoon.

Education Minister Kirsty Williams, who explained that the Easter break was being brought forward, said: “Today’s decision will help ensure an orderly closure, so schools have time to prepare ahead of the early break.”

Similarly, all schools in Scotland will close, with First Minister Nicola Sturgeon warning that people should not assume they will be opening after the Easter holidays.

When asked about youngsters going into isolation over the deadly flu-like bug, Boris previously confessed he understood the concerns of parents, as he said: “I understand completely where people are at with that, we’re keeping it under continuous review.”

And he insisted the free meals children get at school would be protected for students who are no longer going, as he explained: “Gavin Williamson, Education Secretary, has a plan to make sure that parents with kids who are eligible for free school meals get the compensation or the treatment they need, one way or another.”

Schools in other countries, including Ireland, France, Spain and Italy, have been closed for some time – but the Government’s Chief Scientific Adviser and Chief Medical Officer previously insisted it was too soon to impose such strict measures here in the UK.

On Twitter, a number of Brits have called the lack of action “disgraceful” and lacking in “common sense”, while others vowed to take their children out of school whatever the Government decided.