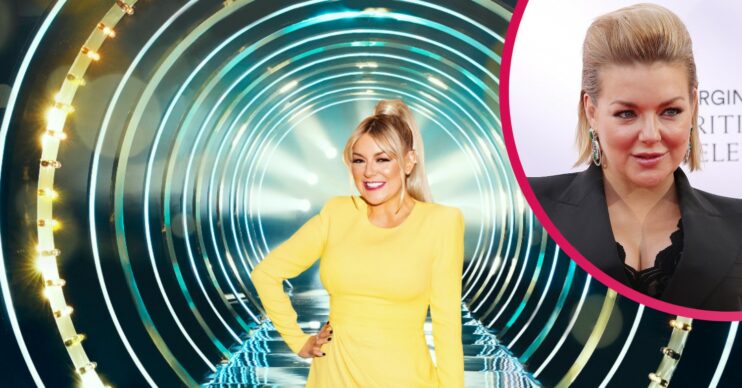 Starstruck: Who is Sheridan Smith? How did she become famous?

Starstruck panellist Sheridan Smith is one of the best British actresses to ever grace our screens.

The television legend is known for her award-winning roles in all manner of TV dramas and now she’ll be joining the judging panel of new ITV series Starstruck.

It starts tonight (Saturday February 12) and we can’t wait to tune in!

But who is the TV star and what is her net worth? Read on for all you need to know!

Who is Sheridan Smith?

Sheridan Smith is an award-winning actress and singer who was first known for her role in The Royle Family.

She appeared in three episodes as Emma Kavanagh – the very first girlfriend of the family’s Antony.

She was introduced at Antony’s 18th birthday party and the family were told she was a vegetarian – Norma then famously wondered if she could eat wafer-thin ham.

After that, minor roles in the likes of Holby City, The Royal and Fat Friends followed before she landed a plum role in the sitcom Two Pints of Lager And A Packet Of Crisps.

Since then, Sheridan has taken on numerous iconic roles – including Brandy in Benidorm and portraying Blind Date legend Cilla Black, where she showed off her vocal skills.

She’s made a documentary about becoming a mum, appeared in lockdown show Isolation Stories and took the leading in the brilliant Cleaning Up.

Why wasn’t Sheridan Smith in the Gavin and Stacey special?

However, she wasn’t in the recent Christmas reunion show.

Sheridan actually said she’d have loved to have been part of the show’s comeback.

She told Zoe Ball on her radio show that she’d been “snubbed” from the one-off Christmas special.

However, much like the rest of us, Sheridan said she couldn’t wait to tune in and watch it.

“Like everyone, I can’t wait to watch the Christmas Special.

“I’m so proud to be have been a part of something so special,” she told The Sun.

Sheridan appeared in seven of the show’s episodes and once dated its creator James Corden.

He previously called her the “love of his life”.

What else has Sheridan Smith been in?

You name it, she’s been in it!

In 2012 she won a BAFTA for her part as gangster Ronnie Bigg’s wife in the series Mrs Biggs.

Sheridan is on screen in new ITV drama No Return, which debuted last weekend to rave reviews.

Sheridan also took on the lead role of Jenna Garvey in Channel 5 series The Teacher – although the ending of that left some viewers furious.

She was also in harrowing BBC drama Four Lives at the start of the year.

Why didn’t Sheridan Smith perform with Gary Barlow on Strictly?

She was due to perform the track on the Strictly Come Dancing Christmas special.

However, plans for the pair to perform the song on Strictly were apparently left in chaos after Sheridan pulled out of the show at the last minute.

A production source told The Sun that the BBC was disappointed with the news about Sheridan Smith’s decision not to perform.

According to the source, BBC bosses received notice “late in the day” that Sheridan had backed out of the show.

They said: “So it’ll just be Gary [Barlow] performing on his own. They’re [BBC] gutted.”

What is Sheridan Smith’s net worth?

According to reports, the star has a net worth of approximately £15.7 million.

When you look at her back catalogue of work – including her three 2022 dramas in the space of just six weeks – it’s easy to see how she’s raking it in.

And rightly so, she’s brilliant!

When did Sheridan Smith get married?

She didn’t, although she has been engaged.

In 2020, Sheridan had a son named Billy with her fiancé Jamie Horn.

Unfortunately, the British actress and Jamie split in July last year, but she recently said that her son is the “best thing to happen to me”.

Sheridan told Notebook: “I try to take him everywhere with me, he’s like my little shadow.

“We’re like two peas in a pod, he’s the best thing to ever happen to me.”

Her love life has long been in the press.

Most recently she reunited with an old flame, Alex Lawler. They were together for four months before they reportedly split.

The pair had initially been sweethearts earlier on in life, with Sheridan revealing they’d got together again after two decades.

Posting on Instagram she wrote at the time: “So pleased this fitty I dated back in the day (20 years ago) is back in my life! Life works in mysterious ways…miss u Mr L.”

She’s also been linked to Hollyoaks actor Greg Wood, with the pair getting matching tattoos before their split.

The pair met on the set of Fat Friends in 2002, going on to star as siblings in Gavin and Stacey, before friendship turned to romance.

Why is Sheridan Smith on Starstruck?

Sheridan is excited to be a part of the brand-new singing competition Starstruck on ITV.

The show involves members of the public transforming into their favourite artists and performing their renditions of their songs in front of the judges.

For a chance to win a hefty £50,000, the teams battle it out to win over the judges and the virtual audience’s votes.

When asked why she wanted to join the show, Sheridan replied: “I guess part of it is having a son, you know I’ve always kind of shied away from talent shows before.

Catch Sheridan Smith in Starstruck on Saturday (February 12) at 8.30pm on ITV.

Gavin and Stacey ITV No Return Sheridan Smith The Teacher