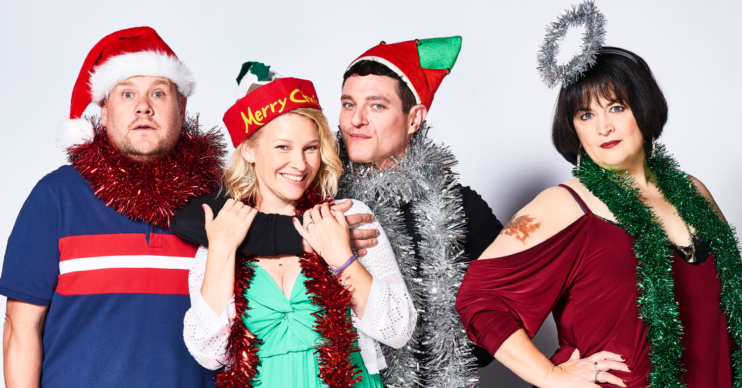 Gavin and Stacey Christmas episode: What’s the latest on a new series?

Let's hope there's something in the pipeline

It was the first new episode of the James Corden and Ruth Jones sitcom in almost a decade.

And viewers were left on tenterhooks as Ness proposed to Smithy, and naturally, viewers are desperate to see what happens next.

So what is the latest on the next series or any new episodes?

What did James Corden say about new Gavin and Stacey after the Christmas episode?

Co-creator James, 42, said earlier in December that one final episode was on the cards.

But not for a while yet.

“We’re always talking, all of us, and Ruth [Jones] and I talk all the time,” he told Metro.

“The next one will really be the last, final part, and that is a little too much pressure for my chest to take at the moment, if I’m honest, in amongst the anxiety of 2020.”

However, he also promised fans that “we won’t lead you over that bridge unless we think it will be worth the journey”.

What did Larry Lamb say about new Gavin and Stacey?

Ex-EastEnders star Larry Lamb, who played Mick Shipman in Gavin and Stacey, said he was desperate to make more before he’s “dead”.

The 73-year-old told The Telegraph: “After how well the Christmas special went down last year, it’s highly unlikely there won’t be more.

After how well the Christmas special went down last year, it’s highly unlikely there won’t be more.

“I just hope they knock another one out before I’m dead.

“That or they can start at the graveside.”

During her chat with Eamonn Holmes and Ruth Langsford, Ruth said about new Gavin and Stacey: “I do think that the Christmas special ended in such a way that if we never go back to Barry we will always wonder what happened.

“There’s something quite juicy about that – we’ll always wonder if Smithy says yes, did they get married? I kind of quite like leaving it hanging.”

Where can you watch past episodes?

You can watch all three series of Gavin and Stacey (as well as the two Christmas specials) on the BBC’s iPlayer.

It’s free to watch for viewers in the UK, and you can follow the link here.