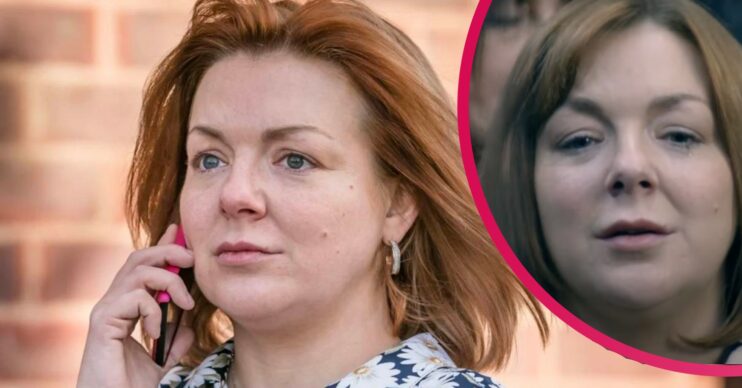 The show, which was meant to air in 2020, will finally be debuting in January

Sheridan Smith has revealed that she was an emotional wreck while filming her new show, Four Lives.

The 40-year-old actor confessed to breaking down into tears “every night” during the shooting of the harrowing drama.

What is Four Lives about?

Sheridan’s new show, Four Lives, is a drama about the so-called Grindr murders that occurred between 2014 and 2015.

The show depicts how Stephen Port murdered four young men by tricking them into believing they were meeting for a date. He also committed numerous rapes too.

Port, who will be played by Stephen Merchant in the show, received a life sentence with a whole life order. This means he will never be released.

Sheridan will be playing the role of Sarah Sak, the mother of Anthony Walgate, one of Port’s victims. The show will also focus on how the families of the victims worked tirelessly to discover the truth as to what happened to the victims.

Sheridan will be at the forefront of the drama, and she recently confessed it was one of the hardest acting jobs she’s ever done.

What did Sheridan Smith say about the show?

Sheridan spoke to The Sun‘s TV Mag about the harrowing drama and revealed she went home “in bits” at the end of the filming day.

“Every night I was going home in bits, crying – you can’t help but take it home,” she said. “I have so much respect for her [Sarah Sak] and what she must have gone through.”

The star then said that she beat herself up with it because she wanted to do a “good job” for the families of the victims.

Sheridan said that she managed to form a connection with Sarah as she got into character.

“I think it brings something different out in me when I play a real person. I love to get a connection with them,” she said.

Sheridan then said that she has “so much admiration” for the families. She also said that she really wants to do her best for them with the show.

What else has Sheridan Smith been up to?

It’s not just Four Lives that Sheridan’s been busy with recently. At the end of November, the star teamed up with Gary Barlow to release a Christmas song – How Christmas Is Supposed To Be.

The duo was meant to perform their new song together during the Strictly Christmas special. However, Sheridan reportedly pulled out of recording the show at the eleventh hour, leaving the special in chaos.

Read more: Strictly Come Dancing Christmas special on BBC One: Why did Sheridan Smith ‘pull out’?

Just last month, Sheridan was involved in a horror car crash that left her “lucky to be alive”.

Strong winds caused by Storm Arwen caused the 40-year-old’s car to swerve off the road and plow into a tree. The star escaped without any major injuries following the shocking crash.

Four Lives, starring Sheridan, will air on BBC One and BBC iPlayer on January 3, 2022.

Will you be watching Four Lives? Leave us a comment on our Facebook page @EntertainmentDailyFix and let us know!