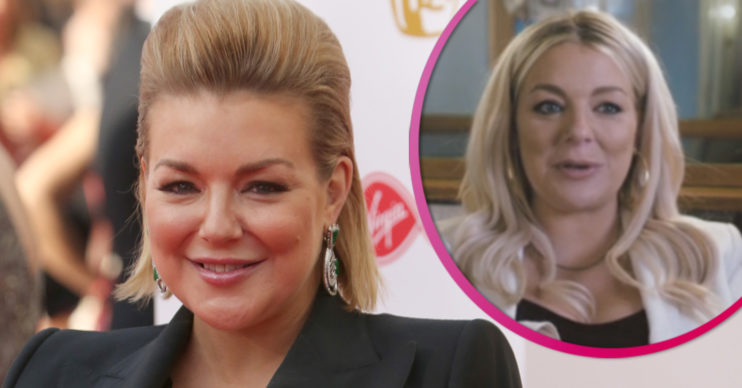 Sheridan Smith has thanked fans for their support following the success of her hit ITV documentary.

The 39-year-old actress opened up on pregnancy and mental health struggles in her latest TV venture, Sheridan Smith: Becoming Mum.

Taking to Instagram today, the star shared a stunning selfie as she thanked her followers for supporting the show.

The shot shows Sheridan smiling directly into the camera.

She wrote: “A very fake tanned but genuine thank you from the bottom of my heart for your support & love. Have a great week all x.”

Actor Tamer Hassan wrote: “Beautiful girl and I miss you hope you and the family are well.”

A fan commented: “Your glowing with happiness Hun! Congrats!!”

A second gushed: “Beautiful as always Sheridan, watched your documentary last night. It was really emotional, but enjoyed it.”

What is Sheridan Smith: Being Mum about?

Sheridan’s latest documentary tells the story of her pregnancy journey as she prepares to become a mum for the first time.

The theatre star – who gave birth to her first child with partner Jamie Horn during lockdown – also opens up on her ongoing battle with mental health.

During the show, Sheridan revealed she was worried her pregnancy would bring up old issues following the death of her dad in 2016.

She said: “My dad died and I think things that I hadn’t dealt with caused the big explosion, mentally.

“It’s such a huge thing to have a baby. If you’ve had a mental health issue in the past, you worry it will rear its ugly head again. I would hate for the wheels to come off.”

When did Sheridan Smith give birth?

Sheridan welcomed her first child with fiancé Jamie in early May, with the couple sharing the happy news on Instagram.

She posted a snap of her son’s tiny hands and wrote: “Our little man has arrived! We are both completely overwhelmed with love.”

Two months after welcoming the tot, the star revealed she had called her son Billy.

She shared an image of a cake, which had the name name ‘Billy’ spelled out in personalised letters.