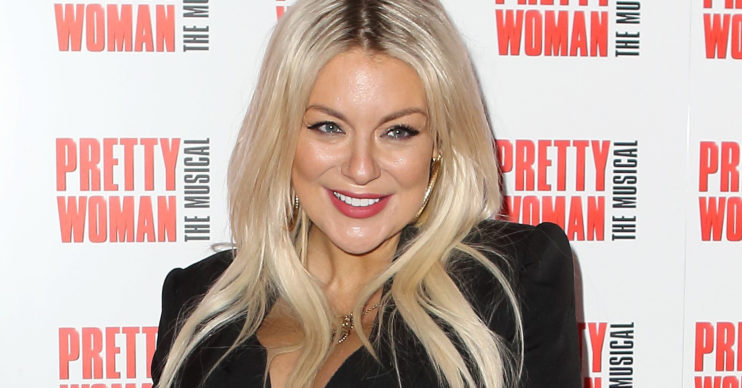 She shared the news on social media

TV star Sheridan Smith has given birth to her first child with her fiancé Jamie Horn.

The actress, 38, shared the happy news on Instagram alongside a sweet image. 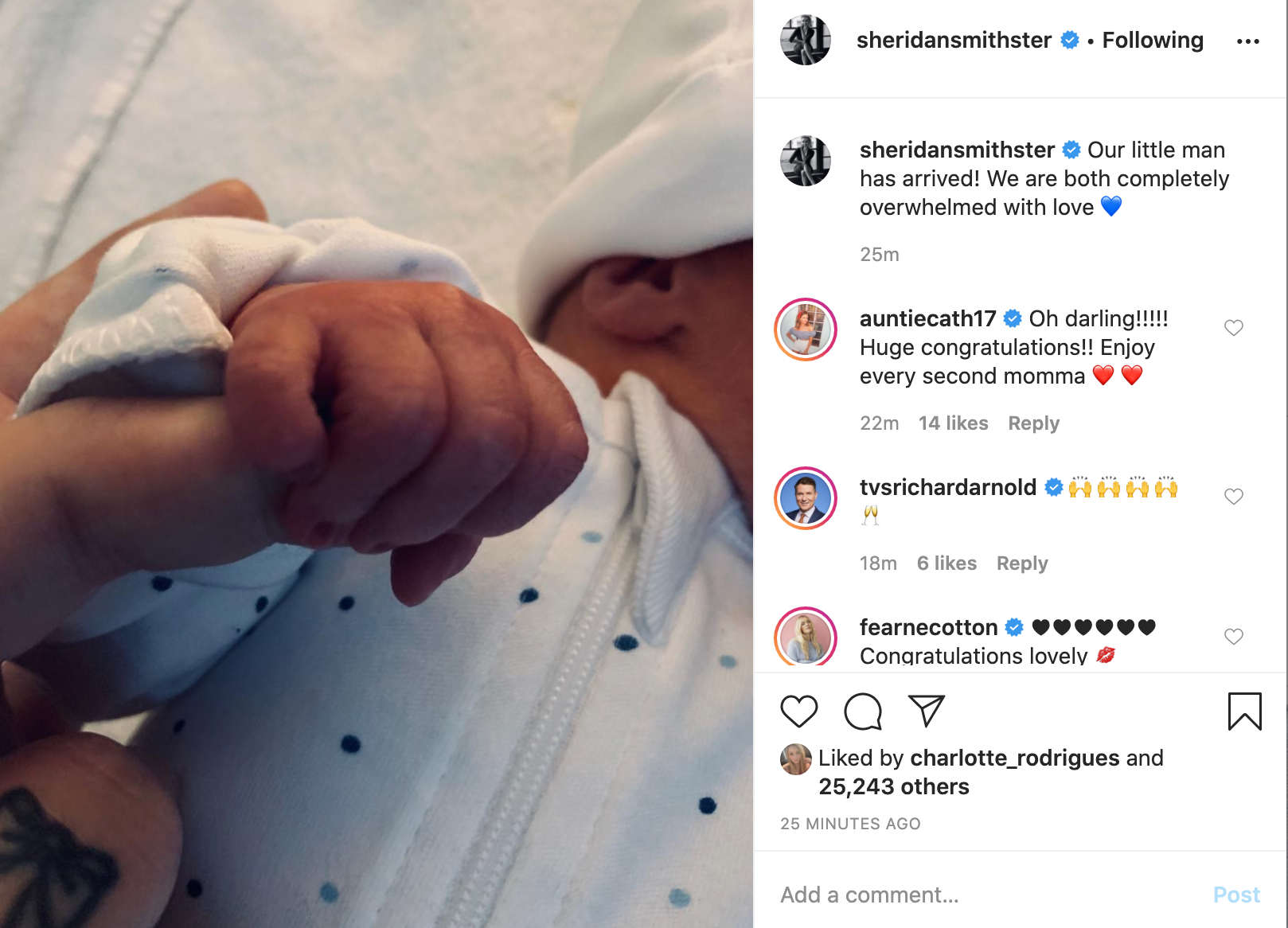 Our little man has arrived! We are both completely overwhelmed with love 💙

The former Benidorm star announced her pregnancy in October 2019.

At the time, she said she had a “baby on board” as she performed to an audience on a cruise ship.

According to the Mirror, Sheridan said: “I’ve got a baby on board. I’ve got buckets in each wing and trainers so I can run. I’m very out of breath.

“I’ve got all these new symptoms – so sorry!”

Meanwhile, a few weeks later, Sheridan told fans she was having a baby boy.

She wrote on Twitter, alongside a clip of herself holding up a babygrow: “It’s a… BOY!” followed by a string of blue-heart emojis.

In April, Sheridan hinted she was getting fed up of being pregnant.

She posted a photo explaining how women feel during the three trimesters of pregnancy.

The first was described as “sick and tired” and the second read “awww baby kicks!”.

I’ve got buckets in each wing and trainers so I can run.

Sheridan wrote alongside the image: “Not sure I can get much bigger!”

Not sure I can get much bigger! 🐳 pic.twitter.com/WgUi8uOaTk

In May, Sheridan starred in a new lockdown drama called Isolation Stories.

She played troubled mum-to-be Mel who was living alone in isolation and struggled to come to terms with her difficult circumstances.

Many heaped praise on what was a convincing and emotive performance by Sheridan.

One viewer said: “Whilst Sheridan Smith is a fabulous actor, I do think we needed something slightly less depressing @ITV #IsolationStories.”

Another wrote: “Sheridan Smith @Sheridansmith1 is the best actress of our time.”

However, one person said: “Huge credit to @Sheridansmith1 but why oh why oh why did @ITV decide to film such a depressing show at this time?

“Bad move in my opinion. #IsolationStories.”