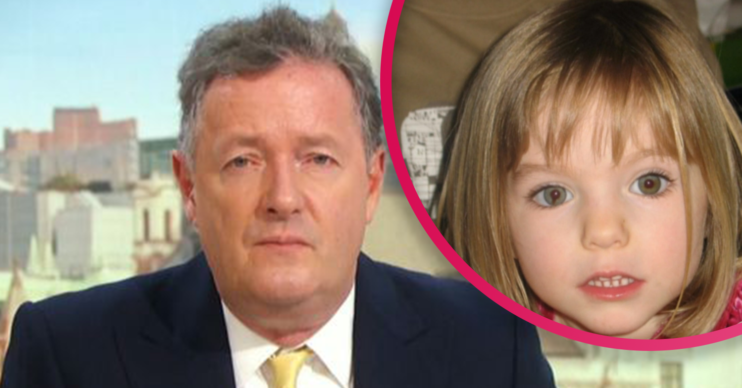 The Good Morning Britain host was horrified at the comments

The ITV breakfast show kicked off with a segment on Madeleine McCann, which prompted a huge response.

Sadly, many of the reactions on Twitter were not supportive of her parents Kate and Gerry McCann.

Disgusted as he scrolled through his phone, Piers snapped at the Twitter trolls: “Just stop it!

“To all those trolling them, honestly, I’m reading this stuff, it’s making me puke.

“Leave them alone. Until you’ve had a child taken from you and potentially abused and murdered, just shut up.”

Piers then said to co-star Susanna Reid: “A lot of the public are supportive.

“But [Kate and Gerry] also get exposed to the most disgusting abuse.

“[They are exposed to] the most vile allegations suggestions – that they were involved and so on.”

“I’m reading now, immediately the reaction on Twitter that we’re getting to this story, and it’s just callous.

“Horrible wretched people who like to revel in the misery of the McCanns.”

Scotland Yard have made the 43-year-old man, who is in jail for a sex crime, the centre of their investigation.

The individual was travelling in a camper van around Portugal 13 years ago when Madeleine disappeared.

He is also a former suspect in the investigation.

Madeleine’s parents Kate and Gerry have released a statement.

It reads: “We welcome the appeal today regarding the disappearance of our daughter Madeleine.

“We would like to thank the police forces involved for their continued effort.

“All we ever wanted is to find her and uncover the truth and bring those responsible to justice.

A 43-year-old German man has been identified as a suspect in the disappearance of Madeleine McCann 13 years after she vanished in Portugal.@SwainITV has the latest on the developing story. pic.twitter.com/1eoSxaxogX

“We will never give up hope of finding Madeleine alive.

“But whatever the outcome may be, we need to know as we need to find peace.”

The statement continued: “We would like to thank the general public for their ongoing support.

“We encourage anyone who has any information directly related to the appeal to contact police.”

If you have any information on Madeleine, please contact The Operation Grange incident room.