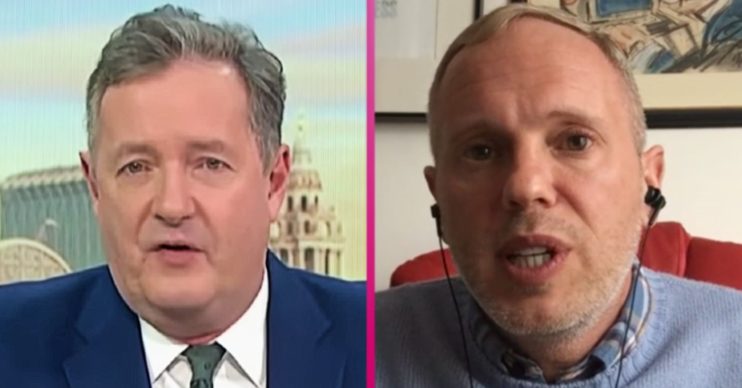 He is yet to be fully convinced!

GMB are yet to find a replacement for Piers Morgan on the ITV show – but could Judge Robert Rinder be in with the chance?

Lawyer and TV star Rob, 42, appeared on Lorraine today (March 22), where he addressed the rumours.

Speaking to host Lorraine Kelly, he admitted the idea of replacing Piers on the programme was “very interesting.”

However, Rob was unsure whether he could deal with the “Twitter hate” that comes with the show.

He said: “The difficulty is… first of all, I don’t know how you do it?

I think it would be a very interesting thing indeed

In addition, Rob shared: “As you know, I don’t do nonsense of any sort. But I think it would be a very interesting thing indeed.

“I’m not sure I could endure the wave of Twitter hate.”

Furthermore, it comes shortly after Rob claimed he will be even tougher than the former host.

Read more: Piers Morgan claims ‘woke brigade want to kill you if you don’t agree with them’

Speaking to The Sun, the TV star shared: “I think that Piers has been on that show for a few years, I think the politicians and people that whinge about the world that come on that programme to be cross-examined will consider Piers Morgan to be a birthday present.

Meanwhile, over the weekend, ITV denied reports that Ben Shephard will take over from the former host.

It came after reports suggested he would front GMB from Monday to Wednesday alongside Susanna Reid until September.

A spokesperson told ED!: “It is all completely untrue.”

Furthermore, they said: “Ben is an existing part of the GMB presenting family and all will continue to share the presenting duties across the week.”