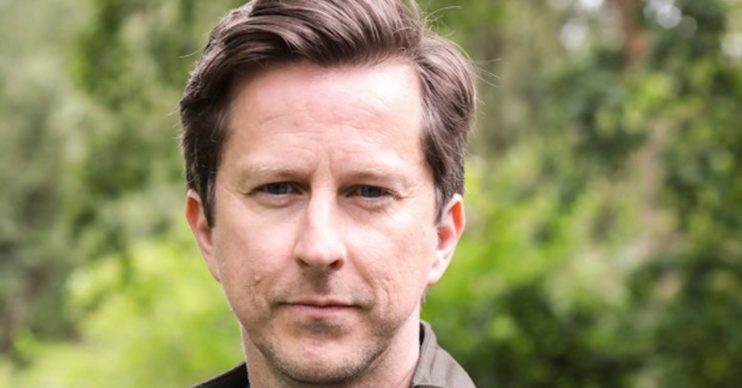 Does Lee Ingleby have a wife? Star of The A Word and ITV’s Innocent

The British actor has spoken out about his relationship

Lee Ingleby is certainly the man of the moment.

Not only is he starring in The A Word tonight (June 9) but he also recently played the lead role in ITV’s Innocent.

With that in mind, fans may have a few questions about the tight-lipped star – who is Lee Ingleby’s wife for example.

Does Lee Ingleby have a wife?

As far as we know, Lee Ingleby does not have a wife – but he does have a girlfriend.

However, he is incredibly private when it comes to his personal life so it’s possible he may have wed in secret.

During an interview with the Telegraph in 2018, he admitted he is in. a relationship but was on strict orders not to discuss it.

“She’ll kill me for talking about it,” he joked. “She’s very anonymous.  I can’t name names.”

While Lee refused to name drop, he. did reveal that his girlfriend works in the City and that they have been dating for several year.

The actor also revealed that neither of them are fans of showbiz parties and prefer to “to sit in front of the telly” with their pet cat.

What else has Lee Ingleby been in?

Lee has an impressive career spanning more than 20 years.

He played John Bacchus in Inspector George Gently, Nick Huntley in Line of Duty and Slade in the Five.

The actor also provides the voice of Bob in Bob the builder.

Bob was originally voiced by Neil Morrissey, but Lee took over in 2015.

Lee was pretty nervous about taking on the part given the popularity of his predecessor.

During an interview with the Irish Examiner, he admitted: “It’s both exciting and nerve-wracking to be voicing such a well-loved character.

“Capturing a child’s imagination is such an important part of life development so I’m always trying to bring the character to life in the best way I can and help to make the show as engaging and entertaining as possible.

“I think Bob The Builder is fun, colourful and educational, so hopefully I’m adding to that.”

Does Lee Ingleby have any other talents?

In addition to acting, Lee is a fan of writing.

The actor has previously spoken out about wanting to pen a book.

He has tried in the past but his attempts were unsuccessful.

But Lee hasn’t given up on the idea: “I’ve got a few stories in my head, but when you give it a go you realise how brilliant writers are and how things are meticulously planned.

“It gives you an appreciation of how hard it is.”

What happens in The A Word series 3 finale?

Tonight marks the final episode of The A Word series three.

She makes the long car journey on her own after he asks her to talk to his classmates about her pregnancy.

After spending time with her brother and his classmates, Rebecca’s worries about her baby having autism are finally put at ease.

However, drama strikes when the siblings travel back home to the Lakes.

While travelling down a remote country lane, Rebecca goes into early labour.

And to make matters worse, her phone battery is dead.

Due to his autism, Joe becomes frightened when Rebecca starts screaming in pain.

Meanwhile, Ben (David Gyasi) asks Alison (Morven Christie) to join him for lunch to talk about their relationship.