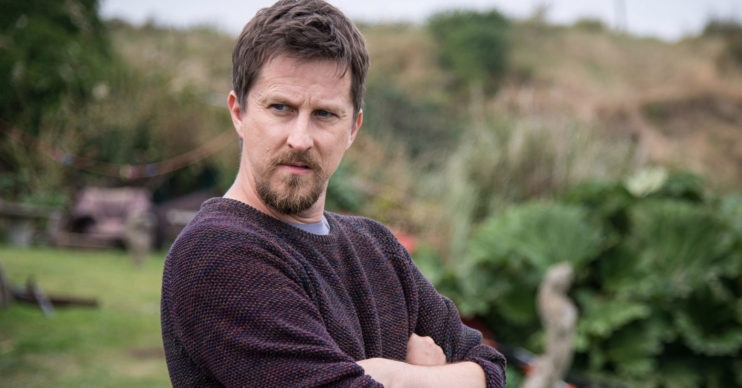 Lee Ingleby and Daniel Ryan star in the four-part series

Innocent will finally find out if David Collins really is guilty in tonight’s season finale (May 7).

The father-of-two has been serving time behind bars for the murder of his wife Tara.

However, he is exonerated after a jury fail to agree on a verdict.

While all fingers still appear to point at David, is all really as it seems?

Here’s everything you need to know about the ITV drama…

Is David Collins guilty in Innocent?

David Collins (Lee Ingleby) is not guilty of killing Tara in Innocent.

In a dramatic twist that will air on Thursday (May 7), his brother Phil (Daniel Ryan) will confess to the murder.

READ MORE: Lee Ingleby returns as Paul in The A Word

He explains that he attacked his sister-in-law with a hammer after she rejected and belittled his sexual advances.

This comes as a devastating blow to David who has seen his brother as his life support since being released from prison.

Phil has given his sibling a place to live, an endless supply of money and sacrificed relationships to help get him back on his feet.

But it turns out this was all due to a guilty conscience.

The series concludes with David finally being reunited with his poor son and daughter – and a huge apology from his sister-in-law.

Opening up about the ITV drama, Daniel teased what viewers can expect when they tun in.

“It’s an emotional journey that happens to have this underlying need for us all to find out – ‘well if it wasn’t him then who was it?’

“But it’s about a man and his family and someone trying to get their kids back and that really spoke to me. I found it very moving.”

Has Innocent been on TV before?

If the ITV drama looks familiar, that’s because it’s a repeat.

The four-part series originally aired over four consecutive nights back in 2018, from May 14 to 17.

According to official figures, 7.05 million people tuned in for the premiere episode.

However, this dropped to 5.85 million when episode two aired.